Don't let this street life get ya down

Don't let this street life run you around

Since I was young I grew up in the street life

Times get hard for a gangsta in the street life

Growin up in the street life

You can't tell me shit, about these streets homie

I done lived it and done it, runnin from the police

Out for the money, homies maintain their composure

Now that we older we sellin ki's by the doja

Headed straight for D.C., down for D.P

Snoop Corleone, you know I'm always down to jack

I jack for instant thought, talkin walk the walk

Niggas who oppose automatically get stomped

Terrorizing the neighborhood niggas gainin they grab me

Southside and dash, mashin for the rep

Test in peace to deceased homeboys who ain't alive

Street life took him over now he forced to die

To be straight, times is ruff for these days

Niggas is crazy, but the fear is much greater

The innovater, dominator, soul creator, out for the papers!

Got me riskin', the street living, catching felonies

How many niggas wanna see me gone?

Live my life as a thug nigga, now can you hear the liquor callin'

When we blaze niggas is blinded

My competition, minimal so I live so, criminal minded

Nigga can you hear me wave yo' pistols in the sky

And roll a fat-ass blunt, I buck that shit, I bet it'll get you high

They wonder why I'm hard to kill, hard to let it go

How can I have fear, on my peers, live on Death Row

Don Makaveli, 45, tucked next to my belly

Conversating with my nigga Dogg, lyrics so deadly

When ya come to get me bring an army

An Outlaw thug motherfucker, who can harm me

Cause real Bad Boy killers be them, gat smoking

Ha ha, open ya eyes and understand this

Niggas don't wanna see me hot with my Glock cocked

Drinkin on Henn', screamin fuck the world this is the end

In the street life! 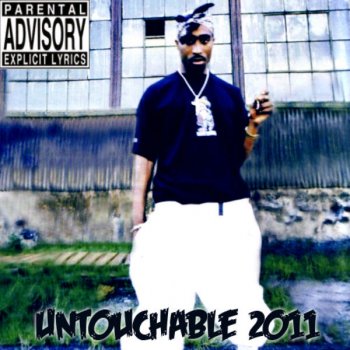 Ain't nuttin but a gangsta party