Listen to the rhyme, it's a black date fact

This is all true to the reason of the skeezin

You got the right pickin but you're in the wrong season

If you're in the wrong season, that means you gotta break

Especially if a squad tries to cry out rape

You be all vexed cuz she got it goin on

You don't wanna fight cuz you know that you're wrong

Envision in your head of a great sex bout

Worthy opponent, all you wanna do is bone it

You ask can you kick it, she says you can't stick it

This is the case, the situation is sticky

Should you try to kiss or head towards a hickey

Not even, you can ask Steven

If the vibe ain't right, huh, ya leavin

Hit the road Jack and all of that

But if she offers her abode, to drop ya load

Right smack dab in the middle

Get the kitten, I got crazy tender vittles

Uh huh, you know science, you get buckwild

Runnin mad games as if your name was Scott Skiles

Or better yet Magic or even Karl Malone

Regardless who it is, your aim is to bone

If she tries to front, then you start to dis her

If she's with the program, that's when you start to kiss her

Might as well get to the point, no time to waste

Might as well break the ice, then set the pace

You start to talk nasty, now she's ready to bone

Step out of the shower, throw on cologne

All of a sudden, her sugarwalls tumble down like Jericho

You listen to After 7, break fool after 10

Do your thing at 12 o'clock and when you go again

Now tell me what the (fuck) are you supposed to do

What do you know, when the meow is completed

Girly girl cried rape, yo, I didn't really need it

Now baby bust it, if you wanna groove

Me and you can do it, it will be the move

I won't cry over spilled milk

If you won't let me take you to the Hilt

I don't wanna bone you that much

That I would go for the unforbidden touch

I'm not the type that would go for that

I'll have to fetch a brand new cat

I know because of your bloody attitude

I know why you act that way

It usually happens on the 28th day

I respect that crazily

When you're done with the past can you come check me

This ain't a joint to disrespect you

Because one head ain't better than two 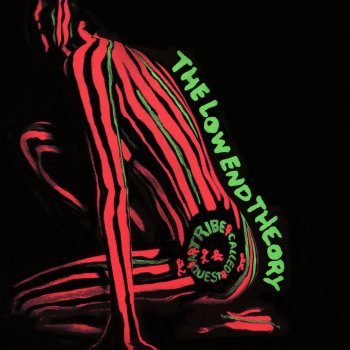