A Picture of the World testo

I was f**king up, handing off the reigns to you.

I know the bodies, but I can't place names, so I should be forgetting you.

It's a cathartic song like that other shitty one and I have never felt so old.

I'd cool off and sleep it away, but it's a hot f**king day

And I've got my afternoons alone because you won't let him go.

You let your feelings oscillate.

I was out of the running without warning to find out the worst f**king way.

But every move that I missed I will take out on another one.

Because if we all get close and miss

Then we are to take the short end of the stick and dish it out.

Is there someone who wants to know? It's the same old shit though.

Everyone's gotta love the miserable. That's what they're in it for.

If there's a positive to your dramatic actions,

Block my ears so I'm not privy to it.

This karmic debt is screwed.

And I know why.

I want to burn this picture of the world where all my thoughts reside.

I'm gonna burn this picture of the world for all my friends and I.

This picture's proving now that I'm used to falling down.

Don't leave me down.

An ardent call for resolution, or a wordy premiss of old?

I can sleep tonight, but it's gonna be a long f**king time

Before my comic debt is going to grow.

Because you won't let him go.

Time will take its revenge, not just me.

Lost is the prospect of goals met. I'm 22 years closer to death.

I would have found that hard to believe when I was 15.

Familiar failure is all I know.

Please forgive me if it shows,

But I won't stop until this beats me, or I go crazy.

Testo A Picture of the World powered by Musixmatch

A Picture of the World è tratto dall'Album Mute Print 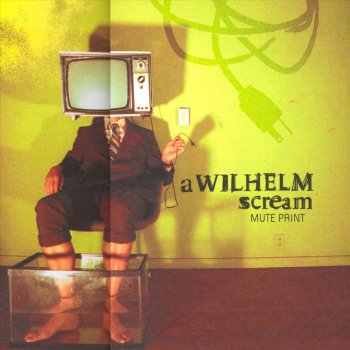 The knife or the rope or the lemon, this brain and I.