All I need is just a little bit

All I need is a little bit

All I want is a little bit

I just gotta have a little bit

We The Plug need a little bit

Alright I drink a little bit

And smoke a lot of bit

5'9, nappy head with a whole lot of dick

I smoke by the zip just to build my tolerance

My homie got chip they hit the hood of politic

They talking war but they not equipped

But if they showboat I'll be the water sinkin'

You with this shit just for the summer, you just hard for a season

You see my father was missin', I hardly was trippin

She went hard with religion

I hardly would listen

Cause I knew something was missing

But it ain't stop me from movin' digits like lottery tickets

My bad, what I'm gettin' all spiritual for?

Knowin me I probably cut my own umbilical cord

And I can bet that

Made me a pallet where the bank at?

Send that emoji with the eggplant, get her wet, damn

Big guns at the house call that bitch the K-Camp

Make it chill a little bit

Fall back a little bit

Cause you could get fucked up

I'm pulled up with my clique

I'm trynna get lit not worry about shit

So don't you get it fucked up

But we doin' nothin' tryna have a good time

Tryna change my life and focus on all them good vibes

Both tryna lick Price man the pleasure's all mine

Say what you doin'

Fall back a little bit

Cause you could get it fucked up

I'm pulled up with my clique

I'm trynna get lit no worry about shit

So don't you get it fucked up

Wassup how you doin'?

How is it goin'? How you feel?

I'm Oktane a nigga that don't know just how to chill

I don't really like this beat I gotta keep it real

But I ain't met a beat a nigga can't kill

I treat it like an enemy and kill it right away

Recorded and shot the video the same day

And half the people talkin' ain't about it my nigga

And you know the brokest niggas is the loudest my nigga

So I keep it quiet whenever it's crowed cause

And I ain't even wanna talk that killa shit

Cause I'm a lion and my niggas go gorilla quick

It's Mister 'Wake Up In The Club, Smoke A Lotta Weed'

Pour himself a drink, two step and never spill a drip

The squad stay ready and we still equipped

Price is on his peace but he still a crip

So don't test me, my squad LSD

You get slick with your tongue and we really trip

But I came to smoke a little bit

Mad that I'm the shit, his chick know I'm legit

Blame it on the liquor, tell'em I'm that nigga

You ain't even good enough to be a nigga opposition

And you don't even know how to begin with my precision

Lemme stop, half of you niggas don't even get it

The other half is goin' crazy see we really spit it

And now I'm over this, a nigga too ferocious 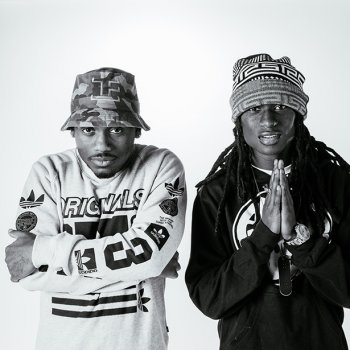 Westside, who you with'? Lose ya shit