There's Something At the Bottom of the Black Pool testo

There's something at the bottom of the black pool,

I daren't dredge it up not while the weather's still cool,

It's a feathered thing, its origins are mixed and untrue,

Once a straw-body, now a lamb-picker, now a clove in a black brew...

I think of the peacocks of the gorge

And I think of the gryphons they kept in the Tower Zoo,

The unexpected water swept all before it

As it rushed on terrible through -

And left them all dead, and spread through the park,

Amid the myriad mangles of the coming dark -

Of the shadow of a loon, the howl from a bloody craw,

Since all the while the weather was cool

I stood at the crumbling edge of the black pool.

Perhaps a pigeon fell off its stool,

I have drowned a conscience or two,

There are palm trees and clouds and the under-sides of drowned blues,

And sometimes the faces of people I think I knew...

I know at one time this thing flew,

I have sunk an ambition or two,

Now when I think to drink, then I wonder with who,

I pretend that I'm sitting in the booth with you -

I don't know these girls, I don't trust these boys,

And over there in the corner, there hangs a strange bird,

Sings a strange song but it won't be heard,

A song to enquire whither went the milk money

While the darling babes of Toorak were a'yowling for their honey.

The sun is in the middle of the sky, the grass is yellow from being dry,

There's music, there's you, many others here and I,

Up the hill then, up where those holy lodestones lie -

How suddenly still, and though the wind blow,

From here we will never leave or go,

To a place at the table, to gamble and settle,

Make the words amiable and able

Of resting assured, in the breast of that bird,

That I sure did not suffer a fool,

Since all the while the weather was cool

I stood at the crumbling edge of the black pool 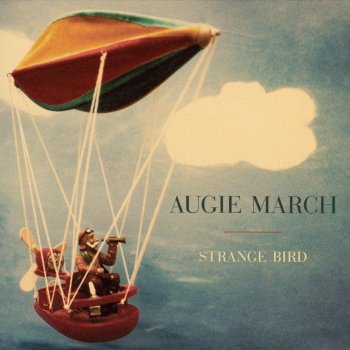 Would lead to my wreck and ruin