We can do whatever you want to, I promise

I'm two guns up over the roof

Hopin at least one hit your upper gums over your tooth

'Cause a lot of niggas jus talkin

Wanna kill a nigga on a record, when they see 'em they jus talkin

'Cause niggas is waitin for a lawsuit, it's hot and they walkin

Niggas that can't hold it down usually come home with artwork

Ain't no such thing as a smart jerk

Then again, one f**kin dumb-dumb can make your heart jerk

D-Block nigga, we got work

You ran off Broadway, I get top work

Minority report, you don't know what you got murk, that's why.

Everybody wanna call your name

Until you squeeze them chromey thangs

Everybody wanna call you out

Until you pull up at the house

And everybody wanna try and bluff

And everybody wanna call your name

I'm on the yellow lines on one knee

Tryna hit a nigga in a building in One-D

Yeah, D-Block, you hatin the unity

I bring it to your motherf**kin gated community

In case you ever get it in your mind again

By the time you hear this verse, I done staked you out

Me, V nailed and hearse, layin at your house

We screwin silencers, put a muzzle on that AK

Rip that nigga shit in half, make that bitch pay

Annihilate, every piece of ground you walk on

No need to talk on coward, I get my chalk on

It's always one nigga on the side

If war is hell, then will I ever go to heaven?

The D duck, Zino bring the Tommy when I re-up

Four and a half is nothin, get your ki's up

You boys stop bluffin, before you get beat up

Take your car keys, throw your ass in the trunk

Slide off with your bitch, L.E.S. track bump

Cats still can't figure me out (What?)

Askin how this nigga in the game gained so much clout?

F**k whoever wanna claim king, I lay you down

Take your chain and your ring, you can keep the crown

I told your man the same thing, he can eat these rounds

Your block never did so I know you can't want this

You rap a good one, but I see it in your eyes

You like to bang on wax 'cause you don't wanna die 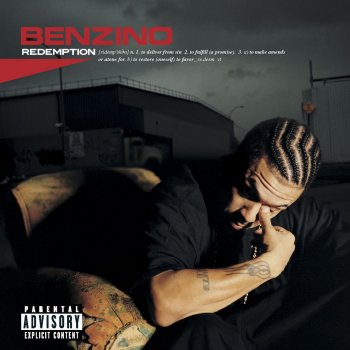 Then drink Bacardi, freak somebody