My neighbours don't drink at the local

The food that they eat smells disgusting

They'd rather drink coffee than tea

It's true that their kids are respectful

They gave me their seat on the bus

But it's just that there's so many of them

That I fear what will become of us

I'm not racist, all I want is

To make things how they used to be

But change is strange and

Nobody's listening to me

I cheered when our side won the Cold War

Spread freedom and peace all around

It's a shame the wall had to come down

I know some are fleeing from war zones

To keep their young children from harm

But my parents stayed put through the Blitz years

And me? I was sent to a farm

Yeah the sun shines, but sometimes

But to say so? Oh no

I never get no sympathy

Once we ruled over an empire

To comply with rules drawn up by strangers

And measure in metres not feet

We don't want to go but by Jingo

If we can't be in charge, then we must

But don't be offended, dear neighbour

It's not you: this is all about us

But it's alright, alright

I think I've found a remedy

Yes it's alright, gonna be alright

It's a full English Brexit for me 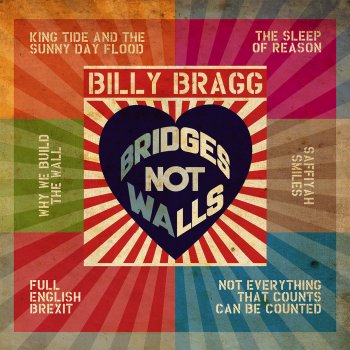 You will sail back before the day gets bright