What goes on in the mind of a bad boy? Nothin' but payback

Who's next, the clip, callin' murder could nothin' the contract

Better watch your back

Since he's makin' that comeback

The hollow point, will drop ya

Go on, here's a scene for your soul

So take heed when you meet face-to-face, here comes the grim reaper

You better? from the depths of hell

But ain't no stoppin' this girl is bad boy

He ain't no joke

Before you find yourself cut with a blade

As your bloody body lays on top of cement

In front of your president

It was a murder for hire

Hit an innocent child in the crossfire

Now he's confined to a jail

Got shot six times, in his spine

But his mind is still down at the grind

That's what he lives for, to be a bad boy

Watcha gonna do, watch out, we commin' at you.

Watcha gonna do, we're comin' after you

Watcha gonna do, watch out, we comin' at you

Watcha gonna do, watch out, we comin' at you

I got these bustas on my block and they after me

Runnin' 'round tellin' these niggas, how they gonna capture me

It's gettin' crazy, it's hard to make my mind up

Now should I, buck 'em down, or put my nine up?

Runnin' on these marks 'fore they stashin'

The penintnetiary don't scare me

A straight thug nigga, the whole set'll take care of me

And tell me, who the fuck you gonna find

Rough enough to tear these bitch-niggas, this is mine

Now busta, meet my nine, 24 on the grind

I'm sick about mine, and uh, ain't nothin' wrong with gettin' high

A hustlin'-ass nigga from the projects, I'm makin' loot

And screamin' Thug Life, nigga, when they shoot

Now how many bad boys in the house

So hurry boys got the biggest nuts

What the fuck, I gave 'em the blunts

Havin' a grudge against the whole fuckin' world

They're sure to hit the ground

Nothin', bustin' a cap on no more every round

A bad boy is the big, shot on the block

He got knots, bigger rocks for the cops

Before he gets props

So you petty boys, you can't fuck with em'

You can eat the biggies' good friend

Or become a victim of a dead man

It's sad to see, when you end up six-feet deep

So rest in peace, muthafucka, join the pow

He got nothin but the realest style

Flavors when on the mic

Savers, sweep up on you at night

His grip on tight, and make you take a bite

That's all she wrote, barrel went down your throat

Killin' off these niggas for fun

Murder one, and throw away your gun

That's what he lives for, to be a Bad Boy

Testo Somebody Real powered by Musixmatch 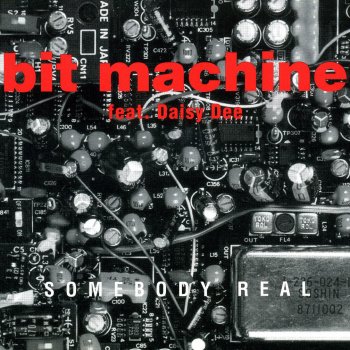