With God on Our Side - Live testo

Guarda il video With God on Our Side - Live

Oh my name it ain't nothin', my age it means less

The country I come from is called the Midwest

I was taught and brought up there, all the laws to abide

Oh the history books tell it, they tell it so well

The cavalries charged and the Indians fell

The cavalries charged and the Indians died

Oh the country was young with God on its side

Oh the Spanish-American war had its day

And the civil war too was soon laid away

And the names of the heroes I was made to memorize

With guns in their hands and God on their side

The first world war, boys, it came and it went

The reason for fighting I never could get

But I learned to accept it, accept it with pride

Now you don't count the dead when God's on your side

But now we got weapons of a chemical dust

If fire 'em were forced to then fire them we must

One push of the button and a shot the world wide

And you never ask questions when God's on your side

In a many dark hour I've been thinkin' about this

That Jesus Christ was betrayed by a kiss

But I can't think for you, you'll have to decide

Whether Judas Iscariot had God on his side

So now as I'm leavin', I'm weary as hell

The confusion I'm feelin' ain't no tongue can tell

The words fill my head and they fall to the floor

And if Gos is on our side, He'll stop the next war

Testo With God on Our Side - Live powered by Musixmatch

With God on Our Side - Live è tratto dall'Album The Bootleg Volume 6: Bob Dylan Live 1964 - Concert At Philharmonic Hall 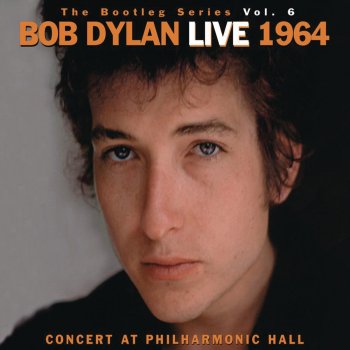 Perhaps it's the color of the sun cut flat

da Mama, You Been on My Mind - Live: leggi il testo