When you're lost in the rain in Juarez, when it's Easter time, too

And your gravity fails and negativity don't pull you through

They got some hungry women there

And they really make a mess outta you

Now, if you see Saint Annie, please, tell her, "Thanks a lot"

I cannot move, my fingers are all in a knot

And my best friend, my doctor won't even say what it is I've got

Sweet Melinda, the peasants call her the Goddess of Gloom

Up on Housing Project Hill, it's either fortune or fame

You must pick up one or the other

Though neither of them are to be what they claim

If you're lookin' to get silly

You better go back to from where you came

Because the cops don't need you and man, they expect the same

Now, all the authorities, they just stand around and boast

How they blackmailed the sergeant at arms into leaving his post

And picking up Angel who just arrived here from the coast

I started out on burgundy, but soon hit the harder stuff

Everybody said they'd stand behind me when the game got rough

But the joke was on me, there was nobody even there to bluff

I'm goin' back to New York City, I do believe I've had enough 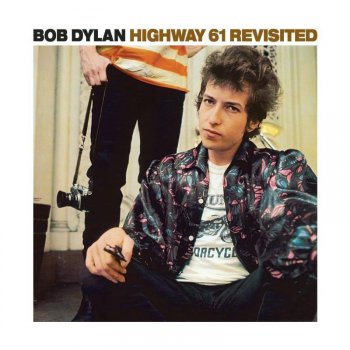 Today and tomorrow, and yesterday, too