A Your Most Vivid Nightmares

It was very moody

Some people cried more than others

But then, you know, like, the days after, I couldn't sleep

They died, they have died

Either they've died, or they aren't around, or they don't exist

Think about how much people need

There's something to look forward to

We have to hold on

Need to hold on

But never did anything to it

And so, the cool part of this, honestly, he said he liked red

And so I always buy red roses at the Dundee florist

'Cause if you buy two roses in there, they're a little spendy

But they last, like, two weeks and they're pretty

So, get this, when we went back to Carrie

And we always go by Matty's old house

And they had, you know, the rose bush was gone because they had

Put some panelling up in the house

We go back the first time and the house looks great, and they sell it

The next time we go back, we drive by

The rose bush was growing in the same spot again

Pageturners Rag è tratto dall'Album Down in the Weeds, Where the World Once Was 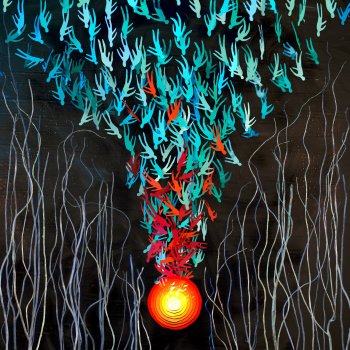 Down in the Weeds, Where the World Once Was Data di pubblicazione: 21 agosto 2020

If it's not all that important then why make a fuss at all?