As we approach the current time frame of 1997.with approximately

Two and a half years before the year two thousand. repeatedly it has

Been reported that there will be a time soon approaching. that

Major disaster will be striking, all levels of existence. it has also been

Many, many as in squad, squad as in flipmode squad.

It has also been reported that everyone out of the many will strike,

But this particular motherfucker will strike with an unmeasurable

Blast and fuck up everything within his 360o radius.

Warning. prepare yourselves. store your food, stamp your paper,

Because when this motherfucker gets here, it′s about to get real fucked

For everyone and everything, everywhere!

Well, busta rhymes. come over here and let me talk to you son.

See know. dolomite just got back from some shit that you about to

Be it. well are you prepared, i hope you are prepared nigga, cause

You know this is album number two. yes more bitches than before.

Niggas. time to get inside your shit. time to throw your whole

More money than before. so son don't you worry about none of that

Shit. all you gotta do is just slap your dick in the mouth of these

Bitches that don't wanna act right, and put a hot one in any

Here. ok son, all right busta enough of this shit talkin. lets be on our

Way. cause when disaster strikes there′s gonna be a whole lot of

Motherfuckin street corner. goin out to all you motherfuckers

Across the globe. on the return trip. it be the niggas. the niggas that

Live by the code of blood honor. my flipmode niggas, ha. spliff bring

You that shit to another extreme. her to hit you motherfuckers with

A strike of disaster. i bring on to you once again. the eight wonder

Of the world. my nigga busta rhymes. and i be that nigga, that live

At. flipmode is da squad comin through right at you were ever the

Here we go again motherfuckers. a heh, lets start this 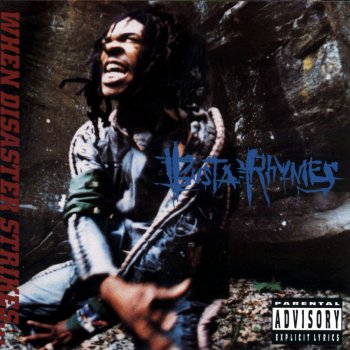 Touch it, bring it, pay it, watch it