I bout to get dollars so us act a fool, now

I use to flip birds, now I just flip words

When cops come to get me,

It's because some shit that they heard

Four, or either two doors

Till niggas get the fuck out of town

I wanted the house, so I got the house

I wanted the car, so I got me the car

Don't start, cause no heart is what got me this far

I the type of nigga that don't give a fuck

Just walked up and laughed at the cop

Type of nigga to go up in traffic

And start blastin the glock

Rap's still down, C huh, pass me the rocks

I don't be playing it serious

I'm actually looked after he shot

Four slugs peace, ain't no bigger thugs than me and C

So you got the mightious touch,

For all the records you sold

I hold nothing less than a quarter

This is my last. last year I was just testing the water

Any fool gotta make this much

I just that good

I bout to get dollars so us act a fool, now

Get money, make money, get money,

And two glocks for the motherfuckers we suing my rocks

But instead they ducking bullets and the niggas that pull it

You reconsidered, cause I'm bitter,

After I blast you motherfuckers,

And the niggas that with ya (fool)

A come up is a come up

Or get done up at sun up, cause I never put my gun up (nigga)

I do a crime and did the time, still hustling for mind

A bitch gotta floss, and I gotta be the boss

Cabbage to the collard greeny

Shocker clean, he se me rockin up my dream as genies

Wanna cream me, so I had to join his tightest teamy

No such terms as let me when we all got plenty

Walking em skinny, cause I never over-looked a penny

The ATM, don't play with him,

His money make the dikes wanna lay with him

Finally, on Decatur, serving jumbos just like a waiter

C uhh, Murder and Silkk, they pay us for our trouble

He maded that platinum go double

Sometimes I don't no what to do with these riches

All day, fulfilling my wishes

Did ya heard me

We look for money, money never look for us

C-Murder, Bossalinie of the rap industry

No Limit soldiers, till the world blow up by? 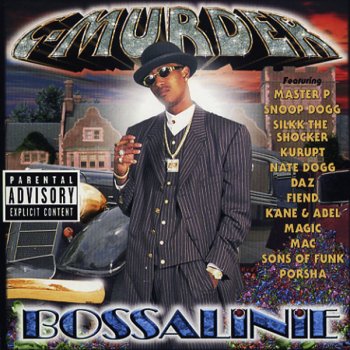