Canibus is an animal with the mechanical mandible

Coming to damage you spitting understandable slang at you

I'm the all seeing lyrical with infinite bars and visuals

And the sideways eight peripheral

I told you I spit a rhyme that'll melt the Earth

Then ask you in the afterlife if you felt the

On Planet Earth I search for my Tranquility first

Ten years later who am I? I still got a passionate love

To be the man who I was, never give up

Irrational rush to crush every mic I clutch

Grab your tongue, shout, rip it out, then shove it back in your mouth

NOW! Then tell you to spit it out

I spit about them lyrics my people can't live without

Been around since '97, I've been ripping it down

I'm back before Lil' Weezy knew how to rap

When T.I. was still hustling crack, I put the muscle in rap

A thousand bars later I ain't heard nothing from Pap

Where you was at when I was giving Big Punisher dap?

On stage with a him at the Palladium

You was in a gymnasium, I was putting chainsaws to craniums

Blazing Homosapians in the atrium ripping jaws off aliens

Up at Hot 97' disgracing them

I beat her, I beat him, the beat blend, I beat them

Spit a to beat Barrack Obama if he win

I'm the Beast From the East, picking meat out my teeth

I release a better rhyme seven times a week

To beat me you gotta be better than my last release

The bars rip ya face off, spit bars, spit shine ya skull

'Til every rhyme you memorize is gone

Battle you for the respect in a battle to the death

Before the Federal Communication Commission started a new division

With the intention to cripple our children

This radio programmer we listen to got to many elements missing

Lyricism and wisdom got overshadowed by the singing and blinging

A made a vow that I would get them and bit them, then injected my venom

And for that? I was never forgiven my nigga

I let the rhythm hit them with a chemical algorithm

The infinite monk, 'All Hail Can-I-Bus'

Then wake up to this 'Pure Uncut'

'How Many Emcees' do I have to bust?

'My Block is Your Block', I throw it up with 'Doo Wop'

I'm the "Enemy of the State" of Hip Hop

The 'Adversarial Theatre Justice' judging you

Tired of you posers, I'm the rap superstar soldier on a poster

Tuck the heat before I brush the teeth

The athlete at the track meet with rusty cleats

Artillery like lawn mowers with four motors and four rotors

With gasoline in the Super Soaker, walk over, I'll roast ya! 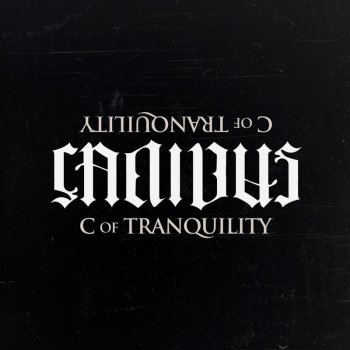