We've been preyin' on that ass since 'Jack the Ripper'

And now its time to rip it to the jacker

You know who the fuck I am, I'm the canibus man

That I'm iller then the future, the present, and the old you

I told you, wish you could take it all back don't you

Tried to smoke some canibus but canibus smoked you

Calling yourself the greatest is something you don't do

Cause after I humiliate you what will the G.O.A.T. do

You can't rap or act my main man

You goin' end up as an intern working for Def Jam

See you was never bad enough to battle with Canibus

You out of luck, I crushed you the minute I got tatted up

To be fair, but I'm mad a fuck and I've had enough

Jack the ripper or I'ma rip the jacker

Rape a rapper with a classic from his own masters

There's a rumor going around that I got dropped

Thats 3 million in 3 months so kiss my ass

All these magazines tried to steamroll me to death

Guess what, the G.O.A.T. ain't platinum and neither is 'Clef

And I'm still here, inspite of all that shit them niggaz said

See when you was making records like I need love

Your homie Cornell was givin' it to you up the butt

Plus I heard Simone was the high school slut

You and your man Russell made a better couple

Your probably mad as fuck, wondering where I got the information from

Your being watched even when you take a dump

Its impossible to front, you can't hide

Your living one big lie the world just don't know

You take a polygraph test that shit would probably explode

The truth is mr. smith you got a fucked up attitude

God knows that I pitty your fans for backing you

Yo, this be the realest shit I ever wrote

You should change your muthafuckin' name from G.O.A.T. to G.L.O.A.T.

The Greatest Liar Of All Time that cannot rhyme

That cannot shine as long as I'm alive

Your prime ended 8 months before '99

And that microphone on your arm will always be mine

I told you to leave it alone, but you was too stubborn

Now your in a world where the hunter becomes the hunted

And somebody keeps paging you putting 4321 in

You can't sleep at night thinking about the drama

Shit stains all up in your phat farm pijamas

Even f.u.b.u. gear looks hot until it touches you

Probably because your father undoubtedly butt-fucked you

Mama said knock who out? I'll punch that bitch in the mouth

Cause she don't know what she talking about

Ay yo, do me a favor when you see your ghostwriters

You could have asked me, I'll write you some lines

I'll do anything for the greatest loser of all time

You still drippin' with wack juice 'cause you wack nigga

If you want the last word you can have it, I'm still iller 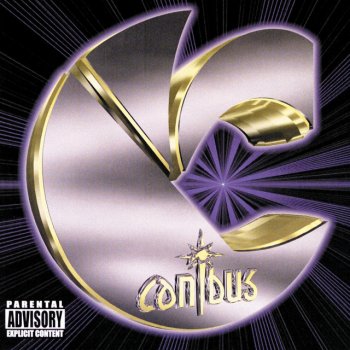