This is the Master Thesis underneath the deepness,

Come to MicClub.net where you can read this,

Run a plot on the map in hyperspatia

From the Society for Scientific Exploration,

Color is vibration, vibration is sound,

Sound resonates through the mouth, check it out,

What I say vibrates no less than nine ways,

And the black and white images fade into gray sound waves,

Trap my adversaries like a mouse in a maze,

With a bewildering array of lyrical display,

The best of Bis, orbitally rearranged,

Monoatomic elements with an adept intelligence,

The highest professorship, my English etiquette,

Compels me to not say it if I can't spell it, bitch,

My circularized third eye sees all,

I read one fourth of the Library of Alexandria,

Before it was burned to the floor,

I wish I could have learned more,

About the shapes of the Sacred Geometry they used to draw,

They were new millennium, but Euclidean in form,

Ancient in many ways but not nearly as old,

With processed beryllium by the quintillion,

They cooked on symmetrical stoves,

With my logo etched above the hole where they inserted the coal,

And they barbecued birds to the bone,

And they burned incense in a Buckminster Fuller type dome,

I talked to Mr Fuller over the phone,

And he said he had a contract to rebuild Rome,

He said he didn't want to do it alone,

I told him I was busy writing poems but I'd think about going,

The process was slow and the doe was low,

But I took it as the perfect opportunity to grow,

Plus I had never traveled that far from home,

But I had heard about the beauty of Cydonian snow,

I'd be crazy to pass,

That plays tunes from a laser black sax,

It sounds so laid back, it helps me relax,

I bought the album after seeing K-PAX,

Oh, how I miss my nautilus,

I was told pharyngoamygdalitis did not exist,

You have a minor case of scaphocephalous,

Words concocted from the lyrical locksmith,

From every angle the competition gets boxed in,

As Dr. C indoctrinates his doctrine,

Translated the English alphabet to the omega text,

Life is now but death is next,

Post bond out on bail from the belly of Hell,

Communicate through diatonic and pentatonic scale,

I set sail and hunt down erect sperm whales,

Used an aphrodisiac to get a female,

Called Ginger, tie her up and drink her gingerale,

Grand Marmier for me, Scotch on the rocks for you,

Your vocab is smaller than a cockatoo's,

In the studio with James Lipton reminiscing,

About the script that was written before the beginning,

All of a sudden the boos turn to applause,

My jaw is stronger than a caninde macaw's,

Can't even count the bars I've expended so far,

Don't want to rap no more, it's been so long,

I wish the clock would hurry up and tick,

I'm out in the bush and the sticks humping a hundred klicks,

Me and him went to school together back in '86,

When I was really ill, putting Planck energy

In a rhyme the size of a Tylenol pill,

You want to laugh now? And cast your belligerent doubt,

I'll show you what poetry is really about,

The side effects will make you pass out,

You want a time out? You better spit a rhyme out,

Before the community of real emcees die out,

College students say to me, "You ain't smart!"

These are the contents of the Covenant of the Ark,

Listen to my chest beat, tell me this ain't heart,

You've got to be as obsequious as the disciples of Jesus,

This is my Master Thesis. 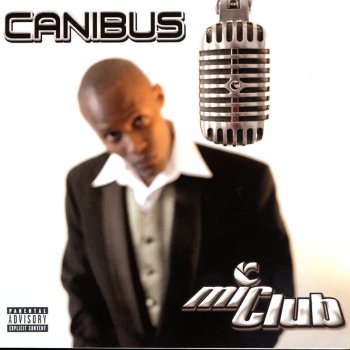