Uhh, I don't understand how a writer

Could ever get writer's block, so-called.

My problem is having too much... and being unable to get it down.

Yo, why is the Ripper so ill?

He said, "One of these days all eyes will be on me

In a glass with an ion beam for longevity

For more than ten centuries, impressions and memories

The first time-machine inventor will mention me

Canibus was a visionary indeed

He believed light could travel in multiples of C

The organic supercomputer that solved the mysteries

And he never liked to propagate rumours

He had a strong mind, he used to philosophize about rhymes

While he was pruning his bonsais

But he would never take it out his archives

He wrote two songs per day

And was constantly experimenting with his wordplay

I followed his career from the first day

It seemed the lack of support contributed to his inert ways

With deferred pay, undeterred by the worst shame

Public humiliation was the worst pain

He was spinning out of control like a class five hurricane

He said he wouldn't want another emcee to suffer the same

Especially when there's nothing to gain

He was the illest alive but nobody would face it

He spit 'til his tongue was too torched to taste it

To extract the information

They found it utterly amazing

They claimed the body of his work was

The same thing as a priceless painting

Never mattered to him the art galleries hated him

Cause Thomas Kinkade called and said he would take ten

With sound but without shape or signature

Kept files in his garage on MS-DOS

In a fireproof pod, we thought it was odd

Outside there was a shed with an Oppenheimer lock

We were in total awe cause it blew our minds

So many rhymes that were intricately designed

He was Poet Laureate of his time

Alone in my room looking through the 32x telescope zoom

Adjusting the focus of the Moon

One should not assume the philosophy of David Hume

Is nothing more than a subjective conclusion

What is the maximum field rate application?

On a continuous basis but that's just the basics

The juxtaposition of Can-I-Bus's position

The precision of something no other has written

Way above and beyond what was intended

The unparalleled malleable enunciation of a sentence

You didn't go to college, obviously

I can tell by your ungodly unintelligible terminology

Your remarkable odyssey, the rhyme's at modest speeds

When the brain orders the body not to breathe

Your competency is not up to speed, you're not in my league

You couldn't possibly be hotter than me

Or oppositely at minus twenty-five degrees

My intellectual property's about the size of Greece

Your counsellor advised you not to speak

In the words of Joseph Heller, "I learned how to write better,"

Even though it sort of irked me

He said he didn't understand the process of the imagination

But he felt he was at its mercy

Which exploits my point perfectly

And certainly reinforces the reason

Why nobody's probably ever heard of me

Couldn't understand what I mean by 'ill'

Lest you try to translate what I print to film

This is the line of wheel, the circle of time

The cycle of eternity, the emergence of one line

A fool divorces his knowledge and misses the logic

And loses his soul in the process

Obsessed with nonsense with a caricature that has no content

My style is masterful, multilateral,

I could battle a fool and be naturally cruel

Words of scorn are a disastrous tool,

From an existentialist's view I'm a better rapper than you

Grab the mic and rip your physical fabric in two

My attitude is messed up but admirable

From entirely different perceptions and

Not just spitting a poem, there's much more involved

There's much more pieces of the puzzle for you to solve

And Rays of Creational cause enhance the cadence of my bars

Maybe I am self-absorbed, but that's the effect

To find the cause you should ask my A&R

A tale of demons and drugs, pissy drunk in the club

With the DJ doing the needle rub

Yeah, I know my name's Canibus but I can't help you if you need a dub

I came to holler at some big booty bitches

And listen to the speakers thump, where'd you get conceited from?

It's deep as hell, I ain't seen it all but I've seen enough

I should leave this rap shit alone

My imagination is my own

The liberty to speak freely lyrically on the microphone

Engrave my back with the Emperor's Stamp

Been spitting scientific rap since the seventeenth century began

Trying to escape the wicked empire of Def Jam

In the land where lyrics are bland and heretics hang

Every warrior has an axe to bury,

But he has to learn to discern between enemy and adversary

I said to myself, 'Germaine, this is insane,

It's suicide, it's controlled flight into terrain"

I fought to regain control the plane, but went up in a ball of flames

And got banned from the Hip Hop Hall of Fame

It cost me everything

I'm convinced now that more than the truth is at stake

Where people create language that pretends to communicate

Euphemisms are misunderstood as mistakes

But it's a byproduct of the ghetto music we make

From an extroverted point of view, I think it's too late

Hip Hop has never been the same since '88

Since it became a lucrative profession there's a misconception

That a movement in any direction is progression

Even though the potency of it lessens

And nobody gives a fuck no more

Lyrically I took rap music and turned the knob

To the right full-throttle and added panache

Why would I argue with my own conscience over the truth

That's like me telling myself, "Don't tell me what to do"

Dialyses and analyses of battle emcees

Sometimes I say things I myself can't believe

My lyrical is so skilfully elliptical

I can understand how it makes you miserable

You wonder why I never let you play your beats for me?

And why I keep my studio enshrouded in secrecy?

You wonder what's my infatuation with Alicia Keys?

Canibus, why don't you speak to me?

Yo, I meant it when I said no one can shine on a song that features me

That's why I said it so vehemently

You need to replace the hate with respect

Generally I take... I go with the given.

Ya know with what comes to me over... the celestial wireless.

Whenever it comes, you're lucky when you get it 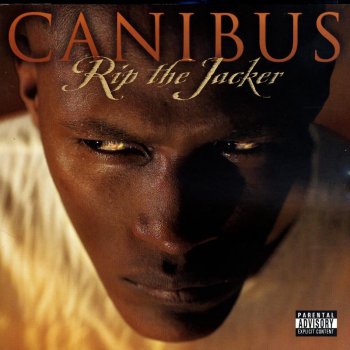