I'm the real king of my kingdom

Run my world with an iron rod behind iron bars

Shielded behind firewalls and water doors

Down the gaseous corridor, welcome to my world of horror!

A coroner with an immortal aura

The rhyme slang and holla at a Ripper, rip you to live longer

Get stronger every record that I record

Morph my arms into a sword and clotheslines you running forward

You can't ignore 'Bis, motherfucker I started this!

As far as artists that spit, Canibus is dominant

Hot shit from a lava pit studied by oceanographers

At the ocean's bottom, with rocketship sound effects

A Ripper in the flesh, signed in ink, nigga

You ain't ill if you need to time to think

You talk shit, my personality split, you get ripped and that's it

In my world Jermaine's gone, Canibus is just a moniker

Stay behind the follower, I'm fin' to demolish you fucks

Y'all been warned about a million times

I done wrote about a million rhymes since July '85

My fine art's verbal collage is worthy of the Gods

Collect my own catalogue and open up a library

Lock myself in solitary six months at a time

Work at the university and teach sick fucks how to rhyme

NOBODY'S SAFE, NOBODY can say that they great

I put a jacker's cold body in a crate

Trap his soul in an electromagnetic vase

Look in my eyes, then look in my face

Nobody's here to arbitrate, realize it's time for your FATE! 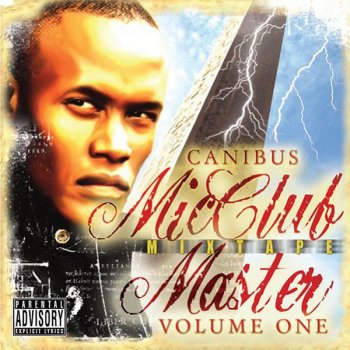