Me and my buddy got us a wild hair

And figured we wanted to go somewhere

So we loaded up in my ragtop Chevrolet

And with Hank Junior blaring on the radio

We figured we'd go down to New Orleans

We were barrelling' down old 17

But I'm gonna let you go this time

But if I catch you again, I'm gonna slap you in the county jail"

We said, "Thank you sir, you sure been nice

And you ain't gonna have to tell us twice"

We kept on rolling and pretty soon

The radio was cooking out a haggard tune

I was feeling dry and I said, "I think

We ought to stop and get ourselves a drink"

Old Jim said, "Yeah 'cause we got time to kill"

We kept on rolling and I seen this spot

We pulled into the parking lot

Of this place called, 'The Cloud Nine Bar and Grill'

We walked through the door and the place was jammed

The lights were low, they had a punk rock band

And some orange haired feller singing about suicide

I said, "Jim, this ain't our kind of place

He said, "Well, let's just have one round anyway"

So against my better judgment we walked on inside

Went up to the bar and we sat down

This feller walked up and said, "I'll buy this round"

And he sat down on the barstool next to Jim

He had lipstick on and mascara in his eyes

And everybody in that place looked just about like him

I said, "Jim, this ain't our kind of bar

Let's just go on out and get back in the car

'Cause there's gonna be trouble, ain't no sense in taking a chance"

We was getting up, getting ready to leave

When somebody grabbed old Jim by the sleeve

And this good looking girl, she was asking my buddy to dance

I said, "Jim, don't do it, there's something missing

He said, "Partner, I just can't turn this down

You just go over there and have one more round

So he walked away and left me alone

But this funny looking feller kept coming on

Then he put his hand on my knee

I said, "If you don't get your paw off me

He said, "I love it when you get that fire in your eye

I said, "Well, partner try this on for size"

Everybody in that place must have been his friend

They all headed for me, I said, "This is the end"

But where I come from, we don't give up without a fight

They were screaming and yelling and scratching and clawing

I was punching and hitting and kicking and pawing

I was holding my own, 'cause I've been in a scrap or two

Old Jim come running up out of the blue

And that gal he was with, come running up too

And proceeded to beat on me with a high heel shoe

And old Jim just got sick right there on the floor

He dropped that dude like a shot from a gun

Smeared his lipstick, made his makeup run

Man, we lit out of there in that Chevrolet

I put in on the floor and it stayed that way

We were headed for home and we was getting nearer

Then a red light came on the rear view mirror

And that same blame cop was pulling us over again

I had to call my Daddy to go our bail

I've done give up drinking', I've give up bars

And running around the country in souped up cars 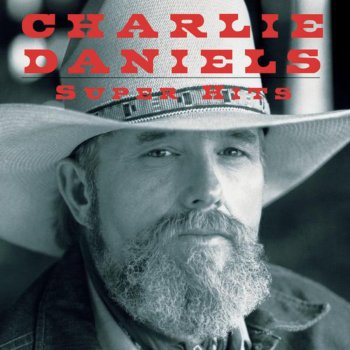 My favorite time of the year

da My Christmas Love Song to You: leggi il testo