The hardest 9 to 5 you will ever have

You can't learn this shit in no history-book

You ready to rap motherfucker?

You ready to sell your soul...

You made me crazy

You should a slayed me as a baby

And you ain't even gotta pay me

I take pleasure of layin' a nigga down daily

You face me drunk of sober

I'm never fucked up to where I can't whoop your ass

Your neck will get snapped wit bear hands, fuck music

Is he rappin' is cool but fool don't confuse it

What happens these dudes get rude and then I lose it?

I blow your two kids off the atlas

With a gat that's bigger

Then Godzilla's back nigga

You are not real and in fact

Your fruity effect of a crack dealer

Y'all president sends me smack

So I ain't gotta rap

But I'm thankful for that

Or you be stankin' in back of a fuckin' Cadillac

Cause I ain't said enough to pipe down

I pipe down when the White House is whipped out

When I see that 'lil Cheany dike get snipped out

Now put that in your 'lil pipe and bite down

Think for a minute cause the hype has died down

That I won't go up in the oval office right now

And flip whatever ain't tied down upside down

I'm all for America, fuck the government

Tell that C. Doloris Tucker slut to suck a dick

Motherfucker, duck, what the fuck, son of a bitch

Take away my gun and I'm a tuck some other shit

Can't tell me shit about the tricks of this trade

I ain't diggin' no whole for this Rap Game

But I'm tellin' ya, no it ain't happenin'

I bet you'd rather me

Drink and drown in my own iniquity

But fuck that, I'mma rap 'til you all get sick of me

I'm hittin' a rock next, fuck a dogg who sickin' me

You know, same shit every nigga done in his life

I lived it, that's why I speak on what I want when I write

If he bleed like I, bleed, take a piss and he stand

I walk in the party and just start bustin'

Right after I hear the last verse, I'm self-destruction

This liquor make me wanna blast the chrome

To let you know that time without more is gettin' Jerome

I catch you outside of Chucky Cheese

Well, just see, who be an unlucky G

My life style is unstable, a partyin' attic

Coughin' ecstatic, I jump niggas, call me a rabbit

Popin' a tablet, and guns that saw you in half

Every where ya turn you see me

For ya see my pistol in 3-D

No time to call a peace treaty

Police to help you, believe me

These street niggas twistin' my words

Cause Proof and Shaun

With gats in each hand

We never bomb down to be a flash and a pan

Nuttin' to do with hands when I clap at y'all

Put your jaw on the ground

With the 4 and a pound

I'm goin' out of town

For the long come around

So we can battle with raps

So we can battle with gats

Matter fact, we can battle with plaques

I don't give a fuck about my dick

My crew had an argument

Who was the largest

Now they all is dead

And I'm rollin' as a solo artist

Plus I made all the beats and wrote all the raps

But I did accordin' to this contract

I was stoned in the snow

With no where to go

But I'm tellin' ya, no it ain't happenin' 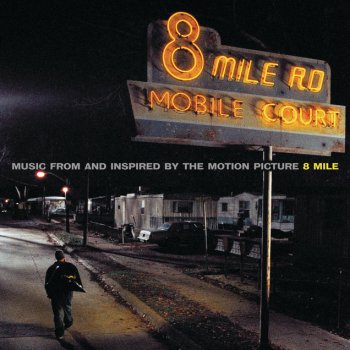 These chicks don't even know the name of my band