Off With Their Heads - Acoustic testo

Guarda il video Off With Their Heads - Acoustic

Wretch 32 in the building

Let's take it back there, time to go in

I'm on some off with your head shit

I keep firing, I'm not The Apprentice

Devs told me to go in, ah yeah

So I ran - blocked all the exits

And tread so far I'll leave here in leather

So dark, so cold

With a couple girls sitting on my lap

I'm a little too in love with plaques

I moved in to the hall of fame

So I wipe my feet on tracks

I'mma kill it, I'm a killer

See me with one glove, it's a Thriller

I already had a number one for my dinner

Me and Devs go in there, inner

And we're out of here, I doubt you're near

I've already been a thousand 'ere

So I ain't even trying to count it, I swear

And if you don't think I'm fucked

Fuck me, fuck you

I'll make you feel small when I big you up

On my own scale, I'm a Libra

Had to give 'em some dough to get a pizza

Every day I have take away

Tomorrow won't be the same today

I don't score when I'm at home

I strike more when I play away

Shut down the asylum

Before I creep through the exit, find it

Jump any fence inside then drag a man

Out of the car that he just was driving

And then put the pedal to the floor

I'm back and I'm ready for the war like a Viking

I ain't gotta tell 'em any more, me and Wretch

And there's not a lot left that could swing with Shipman

The doctor of death

Got cold feet then it's frost on your creps

Never mind where you're walking, watch where you step

Any guy trying a bullshit vibe on a sec

Can't fuck with me like my wife on the reds

Too unorthodox to let it go

So I let 'em know that I'm pro, but my name ain't Stephen

Soul seems to be involved

I'm burying men six deep in a hole, no reason

You're getting buried alive, I'm tryna better my life

While some men are cutting up suits

With scissors and severing ties

I let 'em know that it's Devlin's time

No disputing I shift to the move

This game from the days of The Movement

Using the only utensil I knew to

Now I need loot this, alike to my figures on YouTube

Retreat or advance then, you choose

Test me, then I'm running out full of anger

And envy and stamping you out in my blue shoes

But I ain't getting on a train, 'ey

Everybody wants to act up, yeah

'Til you put 'em in the frame

And I ain't got time for shit, patience's thinner than my toilet roll

I'm a fixed up brother from a broken home

I remember I used to watch Home Alone

Now I'm home alone in my own home

This millennium, got a loada dome

Had a success overdose, oh

You see my roll-on flow

And I'm so sure that I can't be old

Yet all my heels I carry on toe to toe

When we take this game now, so cologne

That created his name in the game and he

Took shit to another level on the whole

I can't really explain my brain

But if you peeked inside of my skull

You'd see shit so deep in my rear right lobe

That you'd know why I feel this cold

Here on the brink of a dangerous caper

OT, I'm an out taker

I'm taking out any men that are minor

And think that they're major, there's a devil and a

Wretch that just broke out of the chamber

One singer, one model, one actress

Or singing me a new tune on a mad pitch

Back to my rap shit

Can't be looking at the past this year

That won't help me get past this year

In an extra zone next to tracks

Multiple hits but with extra swag

And I ain't adding nobody on my BB

IPhone when I want you to see me

See me on Wretch32 TV

I'm getting flashbacks from the past

Head full of hate and a mouth full of bars

Me and Wretch just stretched this game to a next span

We're going extra hard, no I can not be barred

Say what you want, but you couldn't keep Devs out

And I'm quite relentless when I vex out

Everybody wants to the the next out

But they get stripped like a bitch when her dress down

Think you're a face round 'ere?

Get left lying face down in a next town

On the beat and I'm dropping the bomb

This ain't Sumo but I'm too big and too strong

Testo Off With Their Heads - Acoustic powered by Musixmatch 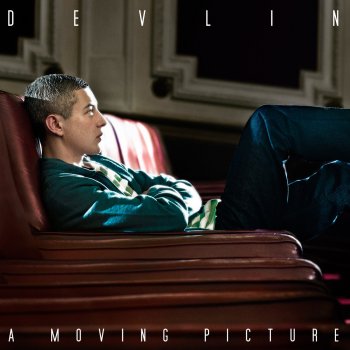