An asshole, that role think I succeeded fulfilling

Everything was happening so fast, it was like I blinked – sold three million

Then it all went blank, all I remember is feelin' ridiculous cause I was getting sick of this feelin'

Like I am always under attack, man, I could have stacked my shit list to the ceiling

But since when did this many

People ever give a shit what I had to say, it's just my opinion

If it contradicts how I'm living, put a dick in your rear end

That's why every time you mentioned a lyric, I thanked you for it

For drawing more attention toward it

Cause it gave me an enormous platform, I'm flattered you thought I was that important

They told me to slow down, and I just zone out

Good luck trying to convince a blonde, it's like telling Gwen Stefani that she sold out

Cause I was trying to leave, No Doubt

Everybody knows that you're just an asshole

Everywhere that you go, people wanna go home, everyone knows

Everybody knows, so don't pretend to be nice

There's no place you can hide

You are just an asshole

Thanks for the support, asshole *scratch*

Thanks for the support, asshole

I was countin' on you to count me out

Thought I was history

Good way to get your ass socked in the mouth

But what the fuck is all this trash talkin' about

The fight was fixed

I'm back and you can't stop me

You knocked me down, I went down for the count

I fell but the fans caught me and now

Momma said there ain't nothing else to talk about

Better go in that ring and knock 'em out

Or you better not come out

It's poetry in motion

So what if the insults are revolting

You think it's a joke 'til you're bullet riddled

But you should give little shit what I think

This whole world is a mess

Who needs to test a testicles

So get lost, Waldo

My soul's escaping through this asshole that is gaping

But I'm taking no crap, ho

Here I go down the Bat Pole

Trying to dip out the back door retreating

I'm the biggest jerk on the planet Earth

For thinking we had some magnetic pull

Then screamed "ICP in this bitch!

How do fucking magnets work?"

Cause you're attractive, but we ain't attractable

Hate to be dramatical, but I'm not romantical

I'm making up words you can understandable

You cracking a joke, it's laughable

My heart is truly guarded

Bitch, you just need a helmet cause if you think you're special, you're retarded

Thinking you're one of a kind

You're a train wreck, I got a one-track mind

Shorty, you're fine but you sort of remind me of a 49er

Cause you been a gold digger since you was a miner

Cause you're on my ass but you can't get a scent

Cause all of my spare time is spent

On my nose in this binder, so don't bother tryin'

Only women that I love are my daughters, but sometimes I rhyme

And it sounds like I forget I'm a father, and I push it farther, so Father forgive me if I forget to draw the line

It's apparent I shouldn't have been a parent, I'll never grow up, so to hell with your parents And 'mother' fucking 'father' time

It ain't never gonna stop, a pessimist who transformed to an optimist in his prime

So even if I'm half dead, I'm half alive

Poured my half empty glass in a cup, so now my cup has runneth over

I'm going back to what got me here, yeah cocky

And can't knock being rude off, so fear not my dear

And dry up your teardrops I'm here

If you stare at me and see yourself, because you're one too

Shouldn't be a shock, because everybody knows 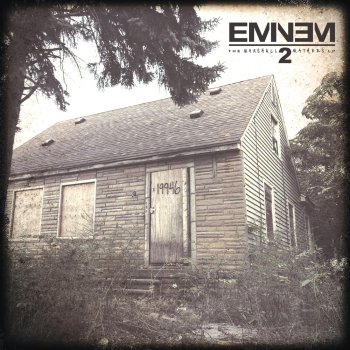 'Cause I'm so drunk off tragic endings