Step by step, heart to heart

Left right left, we all fall down

I'm supposed to be the soldier who never blows his composure

I'd never drag them in battles that I can handle unless

I absolutely have to I'm supposed to set an example

I need to be the leader, my crew looks for me to guide 'em

If some shit ever just pop off, I'm supposed to be beside 'em

That Ja crap I tried to squash it, it was too late to stop it

It was crazy, this shit went way beyond some Jay-Z and nas shit

And even though the battle was won, I feel like we lost it

I spent too much energy on it, honestly I'm exhausted

This ain't what I'm in hip-hop for, it's not why I got in it

That was never my object for someone to get killed

Why would I wanna destroy something I help build

I went through my whole career without ever mentionin'

Now it's just out of respect for not runnin' my mouth

And talkin' about something that I knew nothing about

Plus Dre told me stay out, this just wasn't my beef

So I did, I just fell back, watched and gritted my teeth

While he's all over TV yeah I'm

Talkin' a man who literally saved my life

And this shit just isn't none of my business

And wouldn't have to worry about one of your people dyin'

The shlit gets escalated, it ain't just words no more is it?

It's a different ball game, callin' names and you ain't just rappin'

Me and Dre had sat with him, kicked it and had a chat with him

Until Ja started yappin' in magazines how we stabbed him

Mean while my attention is pullin' in another direction

Some receptionist at the source who answers phones at his desk

Was through that publication the same one that made me famous

Well fuck it, that mother fucker can get it too, fuck him then

That we just inherited 50's beef with murder inc

We still have soldiers that's on the front line

Never to extort us, strictly to show they support us

To have runyon avenue soldiers up in our corners

Their loyalty to us is worth more than any award is

It ain't worth it, I can't think of a perfecter way to word it

But don't get it twisted, it's not a plea that I'm coppin' 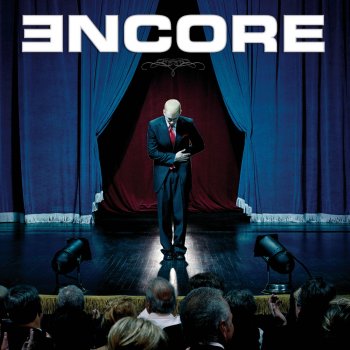