Out of the house to catch the subway

People pushin' and shovin' but I didn't pull rank

Cause I was in a hurry to get to the bank

I walked into the door, what did I see

About 50 people in front of me

Then all of a sudden from out of nowhere

There was a man with a gun, wavin' it in the air

He said this ain't new, ya seen it before

So why don't everybody just hit the floor

He jumped up on the counter said Don't act funny

Just do what I say and fill these bags with money

He was on his way out with all the loot

But the cops were there first, and they started to shoot

They shot him down, straight in the head

There was once a girl, her name was Judy

She was so fine with the big fat booty

But Judy was a kind of stupid girl

Who only liked guys that gave her diamonds and pearls

Material things was all she was after

And if you had the money to hear her laughter

She would laugh in your face and call you a bum

And dis you in the middle like she was dumb

Then late one night, Judy went to the store

To get some bread and milk, and not much more

But on her way back pulled up a Cadillac

It was black on black, and black to be exact

Down came the window then Judy smiled

He whispered in her ear, can you talk for awhile

But Judy said she only liked Rich men

But then nobody saw Judy again

But winnin' or (?) his life was in shambles

One day he went to the track with the daily double

Lost his paycheck (?) in trouble

Cause he didn't buy food for his family to eat

Any clothes for their back or shoes on their feet

So he stayed in the street to make the money back

When he played the numbers and tried a game a blackjack

Some hands win and he couldn't be beaten

But no one knew homeboy was cheatin'

When they found out, and they started to shout

Beat him down cause he had no clout

That's the moral of the story

It may sound gory

Don't ever try to gamble in another territory

Don't Be Stupid è tratto dall'Album The Fat Boys Are Back 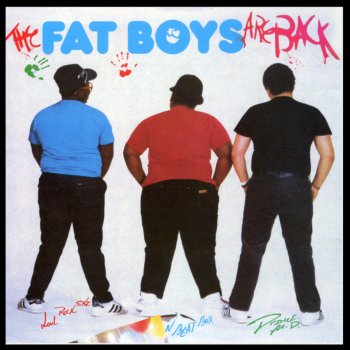 The Fat Boys Are Back Data di pubblicazione: 1 gennaio 1985

The Beach Boys With the Fat Boys