I was living on the hill

By the water tower and hiking trails

When the big one hit I'd have a seat

To watch masters abandon their dogs and dogs run free

O baby it's time to leave

Take the van and the hearse down to New Orleans

Leave under the gaze of the billboard queens

These L.A. phonies and their bullshit bands

So reads the pulled quote from my last cover piece

You can hear it all over the airwaves

The manufactured gasp of the final days

Someone should tell them 'bout the time that they don't have

To praise the glorious future and the hopeless past

A few things the songwriter needs

Arrows of Love, a mask of Tragedy

But if you want ecstasy or birth control

Just run the tap until the water's cold

Anything else you can get online

You're going to need one or the other to survive

Where only the armed or the funny make it out alive

Mara taunts me 'neath the tree

She's like, "Oh great, that's just what we all need

Who takes himself terribly seriously."

She's not far off, the strange thing is

That's pretty much what I thought when I started this

But the role of Oedipus was a total breeze

But still I dreamt of garnering on rave reviews

Just believably a little north of God's own truth

He's a national treasure now, and here's the proof

In the form of his major label debut

A little less human with each release

Closing the gap between the mask and me

I swear I'd never do this, but is it okay?

Don't want to be that guy but it's my birthday

If everything ends with the photo then I'm on my way

I watched my old guards all collapse

Blow away more violence than my cartoon past

So why is it I'm so distraught?

That what I'm selling is getting bought

At some point you just can't control

What people use your fake name for

So I never learned to play the lead guitar

Besides there's always someone willing to

Fill up the spaces that I couldn't use

Washing dishes, playing drums, and getting by

Until I figured, if I'm here then I just might

Conceal my lack of skill here in the spotlights

Maya, the mother of illusions, a beard, and I

2000 or so years since Ovid taught

And I'm merely a minor fascination to

I'm beginning to begin to see the end

Of how it all goes down between me and them

Plays as they all jump ship, "I used to like this guy

This new shit really kind of make me want to die"

My first memory of music's from

The time at JCPenney with my mom

The watermelon candy I was choking on

Barbara screaming, "someone help my son"

I relive it most times the radio's on

That "tell me the lies, sweet little white lies" song

That when I first saw the comedy won't stop for

Even little boys dying in the department store

So we leave town in total silence

Reminds me predictably of the world's end

It'll be good to get more space

God knows what all these suckers paid

I can stop drinking and you can write your script

But what we both think now is... 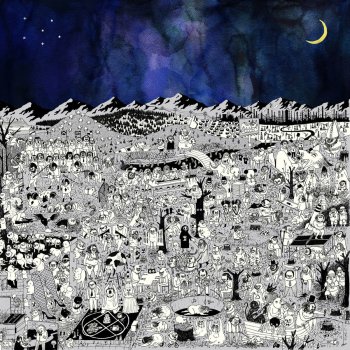