Let's stop and talk on a slow street

Your guy is cross-eyed and muttering

Looks at me like "Now who the fuck is he?"

And I tell you, man, I wish that I knew

Trash-scavenged mattress and a stuffed bear

Bedbugs crawling through your lover's hair

You got that thousand yard stare

I get itchy just from talking to you

Floating out on the freshman year beer run

It's so hard to have fun

But there used to be a way to get through

All your amazed days fade

And no matter what you say

You know that you are gonna do it anyway

On another dickhead who assures me that I'm just too sensitive

You can't tell everybody to fuck off forever

Then be mortified when they finally do

You had a textbook breakthrough on a shaky plane

Seated next to kid, hyperventilating

She's so embarrassed by her dad's use of slang

And nobody ever gets to feel cool

These days I'm only saying something if I'm swaying

That's the only time it doesn't feel like I'm explaining

So if you see me and I seem too entertaining

I'm not singing, I'm just talking to you

But you don't want a funeral unless everybody comes

And you don't want to kiss until you're adequately numb

And you don't want to speak, not even just to say goodbye

They're a tug on your sleeve, they're an embarrassment to you

Just some bones in the sun, just a decomposing rind

Just a sitcom that aired before you were even alive

Orange juice soaked cotton balls to convince you you're not starving

You need somebody to fuck, someone to call when you get down

And some people to make wonder why they even stick around

Now you don't want to drink, you say it feels just the same as water

And you don't actually even like me, I just subconsciously remind you of your father

His flannel shirts that smelled like cigarettes and rain

All of the people are asleep

And whatever those people say

You know that you've got to do it anyway 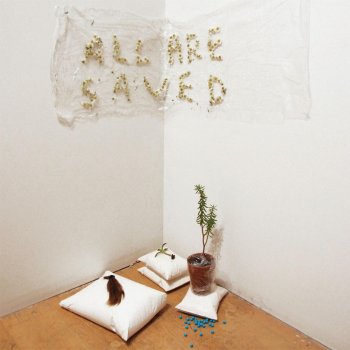 Can you conceive of a living wage?