Living In the World Today testo

You got the capital G, Z to the A, MC

Givin′ a mad shout out to the Ranch Crew, from the old school

And we gonna take y'all back, know what I′m sayin'?

Lyrical sorcerors right here, the fathers, the cream of the crop, son

Well, if you livin' in the world today

You be hearin′ the slang that the Wu-Tang say

Niggas that front, we don′t have 'em

Well, if you like the way it sounds, then clap, man

And if the women love it too, well, then raise your hands

But only raise your hands if you're sure

Punk niggas shatter like a glass jaw, break it

Was too heavy for the Chevy′s, is chased out the station

Double-edged was the guillotine that beheaded it

Gassed up, fuckin' with some regular unleaded shit

Heads roll on hillsides behind ropes that

Bind-in, X marks the spot on the scope

MCs bet they best at every

If tampered with, set off and strike like pipe bombs

Flashbacks to the "Duel of the Iron Mic"

Look out for these fatal flying spikes, of massive

Now, who could ever say they heard of this?

My motherfuckin' style is mad murderous

Well, what you know about MCin'?

Well, can you demonstrate somethin′, nigga?

Nigga, that's what I got

MCs are gunned down like being run down with mad trucks

Rap celeb, you got caught up in the web

I throw raps that attack like the Japs on Pearl Harbor

Fleeing the scene, to be a sole survivor

Tried to dip, but he dive, I socialize on vocal vibes

On tracks stabbed up with razor-sharp knives

Hard to define it, when narrow is the gate

For fat tapes and, then, played out and out of date

Then I construct my thoughts on site to renovate

And from that point, the God made a statement

Materials in sheet-rock, to sound proof the beatbox

And microscopic optics received through the boxes

Around the clubs and try to shut down the hip-hop

But we only increase if everything is peace

Father You See King the police

Testo Living In the World Today powered by Musixmatch 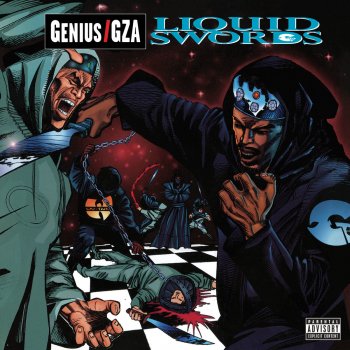 They've got no place for me