I Am The Very Model Of A Modern Major General testo

I am the very model of a modern Major-General,

I know the kings of England, and I quote the fights historical

From Marathon to Waterloo, in order categorical; a

I understand equations, both the simple and quadratical,

About binomial theorem I'm teeming with a lot o' news,

With many cheerful facts about the square of the hypotenuse.

I know the scientific names of beings animalculous:

In short, in matters vegetable, animal, and mineral,

I know our mythic history, King Arthur's and Sir Caradoc's;

I answer hard acrostics, I've a pretty taste for paradox,

I quote in elegiacs all the crimes of Heliogabalus,

In conics I can floor peculiarities parabolous;

I can tell undoubted Raphaels from Gerard Dows and Zoffanies,

I know the croaking chorus from The Frogs of Aristophanes!

Then I can hum a fugue of which I've heard the music's din afore,

And whistle all the airs from that infernal nonsense Pinafore.

Then I can write a washing bill in Babylonic cuneiform,

And tell you ev'ry detail of Caractacus's uniform: c

In short, in matters vegetable, animal, and mineral,

In fact, when I know what is meant by "mamelon" and "ravelin",

When I can tell at sight a Mauser rifle from a javelin, d

When such affairs as sorties and surprises I'm more wary at,

And when I know precisely what is meant by "commissariat",

When I have learnt what progress has been made in modern gunnery,

In short, when I've a smattering of elemental strategy

You'll say a better Major-General has never sat a gee.e

For my military knowledge, though I'm plucky and adventury,

Has only been brought down to the beginning of the century;

But still, in matters vegetable, animal, and mineral, 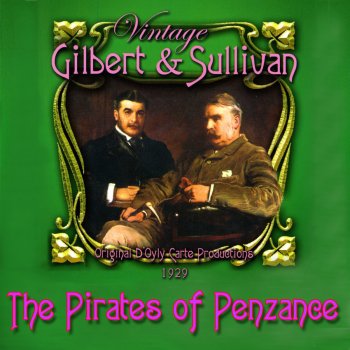