Early one mornin' while makin' the rounds

I shot her down then I went to bed

I stuck that lovin' forty-four beneath my head

Woke up next mornin' and I grabbed that gun

Well, I took a shot of cocaine and away I run

Made a good run but I run too slow

They overtook me down in Juarez, Mexico

In the hot joint takin' the pill

There walked the sheriff from Jericho Hill

Willy Lee your name is not Jack Brown

You're the dirty hack that shot your woman down

If you've got a warrant you better read it to me

I shot her down 'cause she made me sore

I thought I was her daddy but she had five more

When I was arrested, I was dressed in black

They threw me on a freight train and hauled me back

Had no friend who'd go my bail

They stuck my dried-up carcass in that Missouri jail

Early next mornin', 'round half past nine

I saw the sheriff comin' down the line

That sheriff yelled as he cleared his throat

Said, "Come on you dirty hackin' to the district court"

Into the courtroom my trial began

Where I was judged by twelve honest men

Yes, as the jury started walkin' out

I saw that little judge commence to look about

In about five minutes then walked in a man

Holding the verdict in his right hand

The verdict read in the first degree

Well, I shouted, "Lordy, Lordy, please have mercy on me"

The judge he smiled, when he picked up his pen

Ninety-nine years underneath that ground

But I can't forget that day, I shot that bad bitch down

Come on, you hot heads you listen unto me

Stay off that whiskey, and let that cocaine be

Cocaine Blues è tratto dall'Album Move It On Over 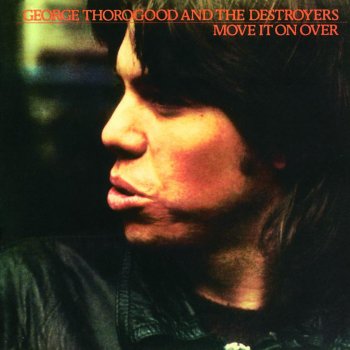 Move It On Over Data di pubblicazione: 2003

I'm here to tell ya honey