Yeah, this is jay

Yeah, it upsets me to hear a world class wreckin' crew-? homosexual? disrespect some real soldiers

What time it is then, right?

And really let a muthafucka know

Roll em up and I smoke em

Tried to break, so I broke em

Busted his ass in the head, that's when I grabbed him and choked him

I'm on revenge, a psychopath, the master of wreckin shit

Comes back with a body blow, hittin hard as a fuckin brick

Don't fuck with the mastermind, i'ma tell you like that

Better yet grab a bat, apart from the pack

Then commence to beat on your head to the muthafuckin fact

Friday 13th's my birthday, so I was a born killer

Brought up as a trouble kid, devious shit's what I shoulda did

Mom had an abortion with me, but a nigga lived

I don't fear losin life, cause life just lost me

2 years of my life were spent in a mental health

I'm a treath to society, then again to my fuckin self

'Kill that muthafucka!' I hear voices in my head yellin

Me get caught in a cross, that's absurd

Your head is a tennis ball and I'm about to serve

Bodybags in the bushes, see, I tried to tell em

I just hope pretty soon that somebody smell em

My lyrics get deeper and deeper

Been poor all my life, so I reach for the sky

I regret I was born, I can't wait till I die

And leave blood on the curtain

I kill for a quarter, lyrics deep as the water

Peace to rodney king, I got they ass in slaughter

Insane is what I am

Migraine headaches made me sleep in a toaster

Step in my face, I'll commence the hittin

Down with seag from the 69th curbs

Well, first of all.

I shock em and clock em and pop em and drop em, flop em, then I mop em

In they muthafuckin tracks is where I stop em

Unless you down with a bloody nose

Save the cussin and fussin and pointin fingers for them hoes

Talk is cheap, I catch your ass on the sneak

And hit you everywhere but under your feet

Think it's a game when it ain't

I'm lettin you talk, but bitch, I'll knock yo lips off

And get ready for your kinfolk

Your little sister be the first one to get smoked

Then I grab your grandma by her weave hair

And whip her old ass with that wooden leg she wear

I'm from the bloody 5th and that's it, trick bitch

You don't know who you're fuckin with

That you'll be lookin like a faggot on the rag

What they leave of your ass willie d gonna rip

All of that muthafuckin talkin is for the birds

I do this (*shots*) cause action speaks louder than words

Time to be accounted for the all-words spunk

Talkin real loud in front of a crowd, dare ya

I show your punk ass, nigga, better than I can tell ya

Got your album cover full of punks wearin ski masks

It's seag from oakland, the one who lays order

Gave me the tip on the niggas yappin lip

Too black hooked me, lil' jay booked me

And all that loud shit, nigga, don't start

They'll find your ass chopped and stuffed in a shopping cart

Fools awake and give praise to the dark lord

Bring on the chalice, voodoo dolls and the oujia boards

Straight from the alleys of cali, 69th curbs 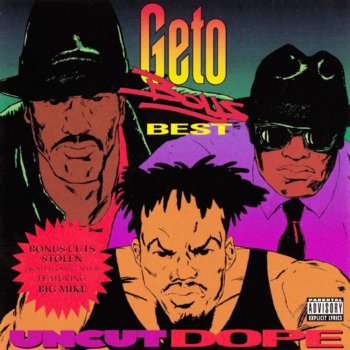