I sit alone in my four-cornered room

Oh that shit is on? Heh

At night I can′t sleep, I toss and turn

Candle sticks in the dark, visions of bodies being burned

I'm paranoid, sleeping with my finger on the trigger

But I ain't going out without a fight

I start sweatin, and blood starts comin out my nose

It′s somebody watchin′ the Ak'

But I don′t know who it is, so I'm watchin my back

I can see him when I′m deep in the covers

When I awake I don't see the motherfucker

A black suit and a cane like my own

But fuck that shit, there′s a nigga trying to kill me

I'm poppin' in a clip when the wind blows

Every twenty seconds got me peeping out my window

Investigating the joint for traps

Checking my telephone for taps

I′m staring at the woman on the corner

Everybody know me, it's like I′m a movie star

Is it that fool that I ran off the block

Or is it that nigga last week that I shot

Or is it the one I beat for five thousand dollars

Thought he had ′caine but it was Gold Medal Flour

Reach under my seat, grabbed my popper for the suckers

Ain't no use to be lying, I was scareder than a motherfucker

But they're laughing at pow pies and buried that quick

I got my hand on the motherfucking trigger

What I saw'll make your ass start giggling

I live by the sword

I take my boys everywhere I go

I keep looking over my shoulder and peeping around corners

My mind is playing tricks on me

Day by day it's more impossible to cope

I feel like I′m the one that's doing dope

Every Sunday morning I'm in service

And trying to find an exit out of the business

I know the Lord is looking at me

I often drift while I drive

BANG and get it over with

And then I′m worry-free, but that's bullshit

I got a little boy to look after

And if I died then my child would be a bastard

I had a woman down with me

She helped me out in this shit

But to me she was just another bitch

Now she′s back with her mother

Now I'm realizing that I love her

My mind is playing tricks on me 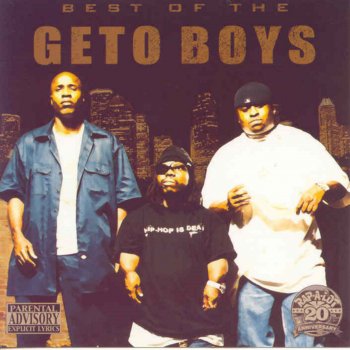 The Best Of The Geto Boys Data di pubblicazione: 2008