And fuckin two of the finest bitches around G;

Now I'm gettin that enlightenment in my life

Thinkin about how these two girls could excite me

Then it hit me both of them liked me

Listen and learn, while I kick some more serious shit

Diggin deep into my mind, you understand

I came up with a dope-ass master plan

Thinkin while I sip on a 40

I got it! I'ma throw myself a private party

I called up one, and said, "Whassup?

What′s goin on?" She said, "Nuthin much"

I said, "Hey, I got a very close friend, who wants to meet cha

She thinks you′re pretty, and from what I told her, she too"

She thought about it and said, "Cool, it's on"

Pick me up at eight -- then I hung up the phone

I called up the other, dropped a little know-how

Kicked it to her smoooooth, that other level style

Then I dropped the second step of my plan

Asked her had she ever been with two men, or a woman and man?

She said, "Yeah baby it′s cool, but yo, I'm heterosexual"

She was frontin man, trust me

When we're fuckin she takes the dick out, licks it all over

Then she puts it in her mouth

Now after doin that type of shit

She could be talkin the other things REAL quick

I said, "I got another friend, I wanna party with

She said, "Okay it′s a date

I gotta make a few runs, so pick me up at eight"

"Huh, better make it eight thirty! Give me some time to wash up,

And take a bath because I′m kinda dirty"

Before she hung up the phone, I said, "Wait!

If you wasn't special to me, I wouldn′ta invited you on the date"

Pick em up, then I make em feel comfortable

Crackin jokes, as if I was Cliff Huxtable

Get into the crib, things are hype

Fix em a couple of drinks, to get their heads right

One said, "I didn′t even bring a swimsuit"

The other said, "Don't worry about it - ain't nobody gonna bite you;

Cause I don′t have one either."

The shit was gettin dope! I had to take a breather

Step into the water and it′s showtime

But the key′s to have patience

But with two of the finest girls in the world, who wouldn't be anxious?

But I kept my cool, grinnin like a devil

I make them both suck on my chest like Mr. Slick

Then I took one′s head, and pushed it down to the dick

Squeezin on they asses, the shit is so simple!

Then another smooth move real quick

I pushed the other bitch's head down to the dick

Now they're suckin on my dick like a lollipop

In and out of each other′s mouth, when will they ever stop?

Then back up to the chest again - YES!

Everything is cool, cause I'm the best my friend

Now they′re lickin on my chest, my nipples rather die

Jimmy pushed both of their heads together

Now they kissin one another - oooh!

Fifty minutes later, they were eatin each other

But after time went by, yo

You know a nigga like me, had to get down for mines

And I shoulda won a fuckin medal

For takin both of these bitches, to the other level

Bushwick Bill, the other level, part one

Listen and learn, and you′ll be aight 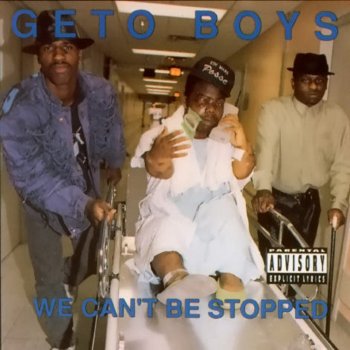