I don't shoot to kill, I play to win

Stay catching up with the cutthroats

Some men shoot a nigga, throw 'em off the tugboat, no floats

The body sinks to the bottom

Or left off the side of the road to smell rotten

Ghostface Killah's back attacking villains, hanging from the ceilings

Black superhero with the immortality

Forever, I be creeping in a black mist

I glide through the air like a swarm of bees

Shake niggas off quick like a dog with fleas

Revenge is the spice of life, it's so sweet

Ay yo, pipe bombs blowing they souls to Jesus

Don't need nothing but the puzzle glue for the pieces

Pair of cement shoes, tossed in the ocean

Popped until they brain ooze, I won't lose

Blood all on my apron, hog tie 'em up while they try escaping

Let the pits out to eat 'em, that's the remedy

Attack, kill, bite off their extremities

Blood bath splash my name on my wall

Call it piece delivery, leave a tip on the stall

With an arm, leg, a head

I'm coming for you all

It's the sure shot

Heart of a lion, king of the jungle

I'm a humble killer bee, you as soft as a bumble

I don't crumble, I strike back hard with a vengeance

Attack through these killer words I spit in a sentence

The face of a ghost, I disappear in the vapors

You could murder my flesh and bone, soul's invincible

Protect ya neck when you move, I be lurking in the shadows

Pimp nigga, with a superhero logo on my chest

Icy arm for the eagle with the eight carat ruby eyes

Piss on your motherfucking arm while I'm stupid high

All black down, royalty purple and some ice chips

Two Glock 9's pointed at you in a hype flick

Now I'm alone in the room, and I just stare at the wall

Revenge my death but I'm going through withdrawals

My lost niggas, I miss them this new power and wisdom

Got me thinking I've made a whole lot of bad decisions

Got locals still to deal with, should I kill her?

Throw her fuckin' ass in a cage with a gorilla

I've got goons to feed and babies to birth

I'm the God now, plus I'm a super rich nigga

Do more help than harm, either way you figure

Should I protect and serve or cock and aim destruction?

Let the enterprise take over the force of production

Corruption, my mind state is unpredictable

I'm bulletproof now, back from the dead, I'm invincible

Testo The Sure Shot, Pts. 1 & 2 powered by Musixmatch 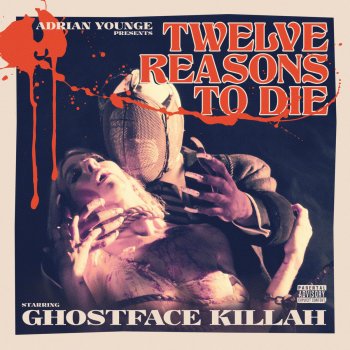