Catch me in a crisp blue six, deep dish

Jaws is Cris', valor stopped at the wrist

Son, can't believe you the most slept on

Took a break since the Cuban, niggas lookin' like you just repped wrong

You done slipped down a bid, got caught with the hammer

For real, you a live nigga, rock the five in ya slippers

Come on, watch, I'm the star of the show, so blow dem

Son of a bitch, that's why I rock the big shit

Don't forget who you is, nigga, you my little shit

I will crush you to pieces, stop ya heart from tickin'

And you mad cuz you a older clock, couple rocks missin'

And my writin', the band, you can say it's ice flight-nin'

You don't like him, do you? You wanna fight him

In fact, I should've put you back, relaxed on the stones

A bowl of milk almost killed you, ah, you almost drowned in pops

I brought another box, I'ma keep it real with you

Yo, Ghost, you'se a funny nigga

Turn on the radio, all you hear is X and Jigga

You spray hairspray and up North, nigga, you ain't gettin' jailplay

Hold on, let me park my shit, let me find out this nigga barkin' and shit

I'm a Don of this shit, and you know that shit I wrote

With Golden Arms is a hit

My Wallos show off, go off like an alarm in the six

My movie life in the hood is like an ill doctrine

And if it's on I might blow you if I'm boxed in. [echoes]

I'm just fuckin' with you, man

Come on (I'll destroy you)

Come on, man (You pop too much shit)

(I ain't a-like that, you know who brought you)

Nigga, I'm just fuckin' with you

Tony for mayor. [repeats to fade]

Yo, let me tell y'all mothafuckas somethin'

(Shoot one of those niggas, Lord)

We could battle for belts, ice (Type shit)

Whatever the fuck you want to do

Let me tell y'all somethin'

This the Theodore Unit, mothafucka

We takin' the bait of this shit

That's word to my momma, man

(Gotta know how real do this)

Y'all niggas is fucked, straight up

We back in here now, mothafuckas

It's the fuckin' Unit, you heard

Testo The Watch powered by Musixmatch 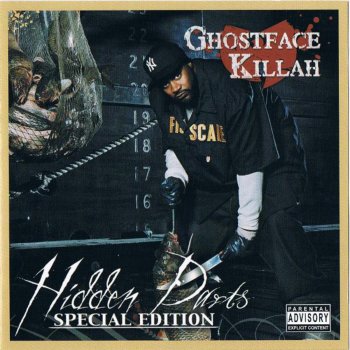