The piano player and the, the upright bass player used to

While they were waiting for their turns

I guess, I guess this was so like taking a number

Like you do nowadays when you go to the wel-, to welfare

And the numbers are flashing on the wall.

What they used to call jasm, in, in, in the brothels

And ass music, the reason they called it ass music

Was because there was a, a shitload of brass instruments

That were stolen of one of those ships

And certainly they were playing

But they had no formal training

So they called them ass musicians

So the combination of jasm and ass

This is what you call it

And and Glenn Miller and them got into it

They had to clean it up a little bit, so they, they called it Jazz

But, your mom would tell you "Stay away from them Jazz musicians"

'Cause they come from them low-down circumstances

What I'm saying is, is that somehow the, the

The description of Jazz who should have been passed on

To people like Elvis Presley and to, to, to James Brown

And to the people who played dance music later on

Got perverted and, and pushed into something that's altogether

And the people who had "graduated" from those "Jazz bands"

Who were confined to the smaller

Clubs and to, to non-moving circumstances

After The Depression when you couldn't get no gasoline

And you couldn't get around to much

Those became the people that they concerned

That they said carried on the Jazz

Tradition but what they were playing was

The "Jazz music" itself, the music to dance by, was still dance music

Jerry Lee Lewis and Little Richard and, and, and Elvis Presley

And and, Chuck Berry and later on by James Brown and The Temptations

And then that's what Jazz music is

So when, when the question "Is that Jazz?" came up

Dance music from its earliest beginnings to where it is now

Like those are the people who play jazz music

For you to jump on down on

And, and the people who play other music

Where you sit down and pun to your

Yesterdays and your tomorrows over a drink

Those are the people who have inherited the, the Jazz name

But actually, the black classical attitude

When is, when is it gonna be that we start to define our own art

And start to describe what we do, in terms that we know

That's what "Is that Jazz?" was concerned about 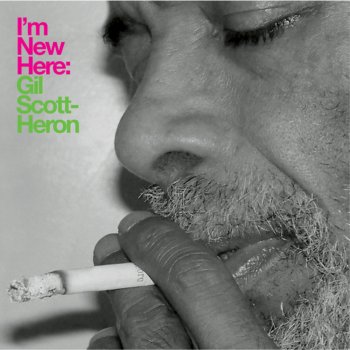 da The Revolution Will Not Be Televised: leggi il testo