He can't leave it alone

Ahh, D-E-L on the microphone, strike ya dome wit the hype poem

Yeah, it's the type of shit ya like to get, get wit it

Ah, such a beautiful beat I'm 'bout to destroy

For all weak MC's ahh check it check it

Back in your presence it's the pres

I digest is high biased, alotta MC's ride my privates and I don't like it

I'm the master in innovation, that ain't the? reef?

They just a pale-make of my own chromosomes

On wax or drum machines, for your underlings

Plus I leave performers wit an ornery,? quarterly's?

That'll turn your crew into disorderly's

Assorted freestyles I drop at my disposal

Make you move your mojo and bounce like a pogos

A pitta and soda, and everything that's owed us

Bustin ya ass, some losin just as fast

I crash computers wit my viruses, fry your disk drive

Wit wise words, suckas get on my nerves

Well we open for business if you dig this

To all the bigwigs and labels sellin you fables

Hey you, you ain't cuttin nothin, touchin my production

Wit that pre-school rap, I say fuck them

Whenever I'm next, the shit you haven't tried yet

My alliance got your third eye cryin

D-E-L he rips microphones, D-E-L he can't leave it alone

I hit the metropolitan wit music I be modeling

Showin off, goin off, wiggin

Biggin up the town where I come up from, my humble beginnings

I'm from the Five Flavors like Solar Flares on paper

Let dank or chocolate tai so we can all get high

I touch any beat wit heat I pack

Nigga, I frequent that

In my never-ending quest see you scratch

Speakin facts, we can rap

Doors, open for brothers comin after me

Fuck apathy, I ain't got time to blame the world for my problems

I'm a grown fuckin man and I understand

Plus knowledge being gathered, each day make me

Speak this way, so get it

The way that I spit it, critics couldn't never call me half-witted

I'm the Riddick Bowe flowa for those in the know

To keep em all guessin, wit these lyrical blessings

"You can achieve the hypnotic state

By saying those things in your mind

To yourself that is said to you on the recording

And then give yourself thirty suggestions

That will change your attitude towards crude"

Most MC's have much to do wit nothing

I attack bigger issues, something to take with you

Time is just a measurement of life

Waste time on the high personas, we're on the

Television tryin to get Del to listen

To that garbage and gobbledy-good

So I read a book, I prefer Manga wit Mega

My repectable rhyme styles and textures

Flex your little style, I fluctuate

Too much to take in one sitting

And I stun citizens

Describing shit that we livin in

That don't make a better sense

I stick up kids who pick up bids

And murderers deserving the same thing, I'm sick of this

And pesky, prototypes that shouldn't made it off the assembly line

Much less to their distributors they're miniature

Mind states is immature and primative

Talkin 'bout all the crack they cookin up, in the crib

But you don't shock me, I see these things

Who's bound to be out the roach-infested apartments 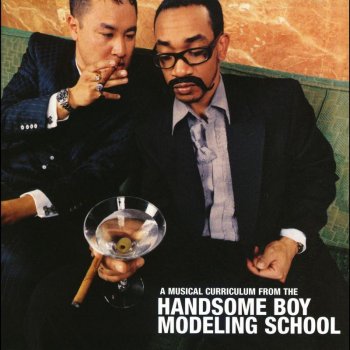