"It may take a long time, but my house will last forever

- And it will have been worth it.

What are you going to build your house with?"

Yo I'm stayin where we gettin crazy love

My noisy neighbors live just above me

The Super say he gon' fix the heat for sure

Tchk, I done heard it five times before

Three locks on every door

- Cause some folks got the tendency to take

I never knew love like this could ever exist

Four corners in your metropolis

Yo it's the PJays pah!

See ain't a day out here, ever boring

Where gunshots keep you up instead of heavy snoring

Pipes dripping, instead of rivers pouring

The elevator's broken down (daaaamn!)

And man I'm needin a lift

Thank God we don't stay up on the twenty-fifth

- Floor, yo we ain't always at war

It's a lot about the Projects I do adore

But you wouldn't understand it

You wouldn't understand it

The cops will catch you drawers down

But you wouldn't understand it

You wouldn't understand it

The cops will catch you drawers down

{"where we live is called the Projects" -> Pos}

{"where we live is called the Projects" -> Pos}

Come to our projects bout fo' in the morning

So I can tell you what be goin on there

One block gunshots some hot stuff

Sell it to you for a buck, boy that ain't enough!

(C'mon) Handcuffs on your brotherman; my wife's wonderin

When you gonna fix that tenant's plumbing man?

I'm tired - this ghetto's cool, but it's on fire

I see this fool with a crack pipe, lookin wired

Ers for hire (what?) look at the plywood (look!)

On the building where termites is living (EW)

My wife sleeps peacefully, it ain't easy to me

Cause I'm tripping off these peoples with they thievery

Every guy know about the stolen cell phone

I got the hook-up - police got me shook-up

In court, can't even fart

It's okay though, I got the building, that pay dough

But some tenants act like they can say no (hey)

I'm gettin older in my years

Feel me? I got a folder worth of fears (yup)

Don't take my sweater (c'mon) y'all make my head hurt

I ain't even gonna finish this song, it's too long

I'ma watch Cops, in my La-Z-Boy, in my thong 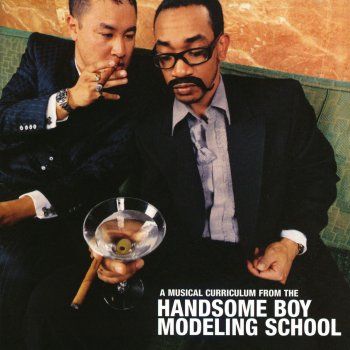 You can't hide from the truth, cause the truth is all there is