Finally, the two travelers reached what

Appeared to be the entrance to the Pointless Forest.

There was a huge stony barrier with

Once on the other side of the barrier,

Oblio and Arrow had their first encounter with the

Pointless Man or the Pointed Man depending upon your point of view.

You see, the Pointless Man did have a point.

In fact, he had hundreds of them,

All pointing in different directions.

But as he so quickly pointed out A point in

Every direction is the same as no point at all.

And, speaking of points,

The Pointless Forest was that all the leaves on

In fact, even the branches of all the trees pointed in different

Directions, which seemed a little strange for a Pointless Forest.

And when the Pointed Man disappeared Oblio and Arrow were left

Standing alone wondering what to do next when suddenly,

They were aware of a strange sound coming in from the north.

And when they looked up there was a

Giant swarm of bees headed straight for them.

So, to seek cover they jumped inside a hollow log.

Down a steep hill and careened and crashed

Finally into the base of a most unusual rock pile...

In fact, the Rock Man.

Say, what′s happening with you boys?

It looks like you're pretty shook up, been goofing with the bees"?

And Oblio told the Rock Man that they were banished and

Asked him whether or not this was the Pointless Forest.

Say, baby, there's nothing pointless about this gig.

The thing is you see what you want to see

And you hear what you want to hear - dig.

Did you ever see New Dehli?" Oblio said "

So they continued on through the Pointless Forest until suddenly,

Arrow, who had been running a few yards ahead of

Oblio, disappeared into a hole, the point of no return. 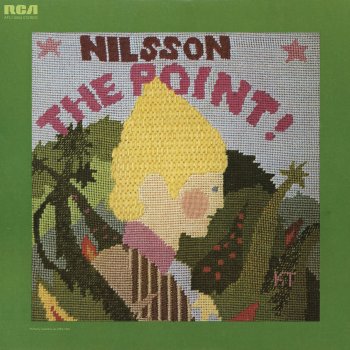