The truth is being cast aside

We've been dooked into a vast mirage

I'm a cross between master fon and a astronaut

Diamonds and golden guns, smashing you with hands of bronze

Rap pin calm with the cameras on

With more than enough fire power to splatter yall

It puts a shootout at the Grimy Awards, I spent 90 in court

I took the murder and deprive assault

Beat the case, roll the dice and I walk

The conviction of my tape is rape, wicked like Nixon

Long-heads inscriptions with three sixes in

I slap-box with Jesus, lick shots at Joseph

From gunning to glory, another young hustler's story

Get out like slayer throat form, slick pushin rhymes

Caught up in that crucifixion rituals

The streets raised me, I'm from Brooklyn like Jordan to Jay-Z

To be where I'm from is a great thing

But it left a stain on my brain that remain massive

Thoughts of perceptional open 'til they lay me in a casket

Until I stop making murder rap

And I'll be dead before this war stops

Praying that the author of the Warlocks the will throw rocks

Yes, you bring some praises to the king of kings

He looked to, I'm bringing my Moscone and I'm like me welcome also

I've got a mind out of my mind

Oh I been up so once you love

Either Moscone, boy that's your low

Steve link some praises too, to the king of kings

I'm the prophet lovay, I got out it

Of the almighty twelve tribes of Israeli

And the only holy god of Israel and also everywhere

And the supernatural beings

And the supernatural beings

In the burning bright

At the shining light

The will to chill with Ill Bill 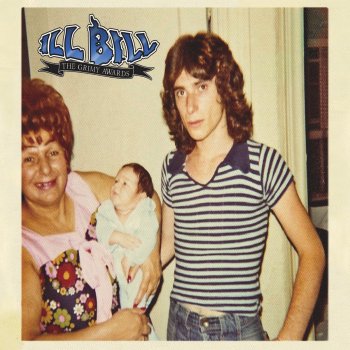