You like to take drugs and hear music, my album is engineered

I'm both positive and negative, I'm like two people

Both from New York, New York, so trife they named it twice

Only idiots is broke, the hood is paved with ice

Paved with gold but never let it rape ya soul

Turn the tables on the dough homie take control

Fuck not eatin' shot the sheriff, made 'em stop breathin'

Anybody that ever fucked with me I got even

Wanna be here hardcore homie but you not leavin'

Starin' down at yourself prayin' maybe you'll stop bleedin'

God hates us all, use a brick to decorate the wall

Put a bullet in ya dome, desecrate ya skull

A world of pain so hot, Bill burst into flames

I'm one of Brooklyn's best sickos, I'm not egotistical

My rap speaks for itself, its alive

Too many wanna be like me it's not likely

Ya packin' a sword and a bat

But me I'm runnin' across the chessboard with a gat, ain't that ya queen

The only emotion I displayed was hate

From pigs with gats and kids that rapped

Fuck a snitch, you can't blame me for an animal like that

I clash with the mind of a machathetto

And laugh if you cryin' when I blast the metal

With a cock that'll make ya mommy drop topless

Write a bible quote with his blood on the wall

Another horror flick victim is just, runnin' to fall

Now the FBI say that theirs a nut on the crawl

It's Q the fuckin' maniac, brought a gun to the brawl

Pop the tow truck cop from my automobile

Violence for the violent consumer, keep ya ear to the beat

Ya eyes glued to the luger and true to the herd

Hopin' to hurt ya fancy life

Cuz I paid taxes and vote for the anti Christ

Cause back to before zodiacs, sharpshooter, top of the pack

I keep it poppin' like I'm thrown in Iraq

Y'all know the cults back, the most hated with the sickest flow

Control freak handin' out cups like I was Jim Jones

Bury the rubble, half y'all live in the bubble

Fakin' my own death to forge passports and body doubles

Slay ya wrists, keep the posse thick, ropes and beepers

Dead celebrities, real life ain't as dope as the movies

Mental funeral the trauma unit since it was juvis

Out the hood groupies, coke head thugs and rock cuties

Swing the war hammer, see me on tour flyin' the Gor banner

The pigs tryin' to catch me out shoppin' I'm so modest

The gods are metal so consider the dream

Elvis is dead and 2Pac, he livin' in Queens 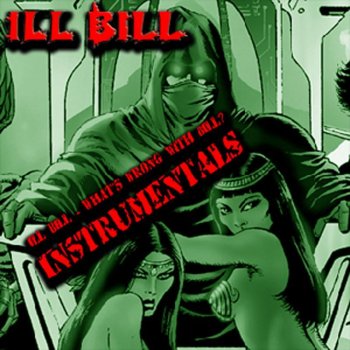 You like to take drugs and hear music, my album is engineered