Ayo, I've seen it all

We write the blueprint, with true grit

Or otherwise we just threw fists

Been breaking bad, ever since before I became a dad

Or made in in rap

And truth, I still cater to that

Root for the villain getting paid in full

Spraying the gat on the roof of my building

Getting brain, taking it back

I was a projects professor

A white kid not just five-percent of lessons

I got from the brothers selling incense

Extensively, studying Rakim and all the emcees

Eventually discovered I spit rather intensely

Now here I am, speaking to everybody that be listening

The type of rap you feel in your cardiac

Ayo, I rise and laugh at the lies, analyzing the science of things

In the land of the blind, the man with one eye is the king

The path of the divine crashing to gunfire and brimstone

Adapt and survive, spilled blood dries when the wind blows

Look to the past, see the future staring back at you

Holdin' a gat, holdin' you back

And bearing ample fruit and opportunity

Get rid of fuckin' feelings with unity

What the fuck could you do with the assault literary

Fuck livin' on your knees, I rather die on my feet

Rise in the street, fist fights with riot police

These lines are wrote potent like lines of coke

A kaleidoscope of the violent poem

That's just me on the beat by Pete Rock 'n roll

The excellence and inspiration of truth, it's the pursuit

Testify with lies right beside a mountain of proof

Eye for an eye, tooth for a tooth, many have died for the fruit

Organic and natural, harvested from off the vine

And verified undisputed factual and actual

The only sure thing in life is death shooters and bricks?

Death is only the beginning, heads exploding and spinning

Where I'm from sharks fly and the vultures are swimming

The truth is gang raped while the world watches in horror

Edit it and upload to YouTube it all live

For devilicks and cut throats 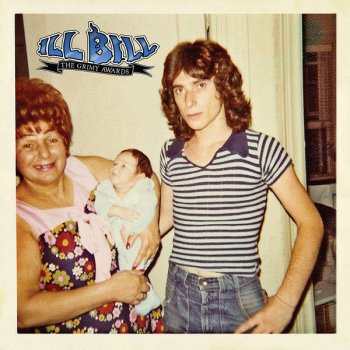