I gotta be like the pioneer to this shit, you know

I-I-I was popping that Cristal

When all y′all niggaz thought it was beer and shit, you know

When all y'all chicks thought it was silver and shit

I-I-I got to be the pioneer of this shit, bottom line

I′m going to show you how to do it, check it

Yo I spit that other shit, that's the nice motherfucker shit

I′m popping, you ain′t got to count it, it's all there money

I never change money ′cause niggas got strange money

Knocked up, marked up, fucked up in the game money

You got flash now, one time we'll reveal money

I spit the hottest shit, you need it I got it shit

That down South Master P, ′bout it 'bout it shit

I got blood money, straight up thug money

That brown paper bag under your mattress drug money

You got show dough, little to no dough

Sell a bunch of records and you still owe dough

All in they dumb rap, talking about how they funds stack

When I see them in the street, I don't see none of that

Bad playboy, where the fuck is the Hummer at?

Where is all the ice with all the platinum under that?

Those ain't Rolex diamonds, what the fuck you done to that?

Selling records, being you but still you want to be me

And still you running around thinking you got something on me

But I done did it and y′all want to take my flow, and run with it

That's cool, I was the first one with it

Still busting a gat when she gets critical

Sit it down, I don′t want y'all to get it confused

I rip it down, like I ain′t got nothing to lose

Groupies I leave them all fucked, niggas all struck

Your single was 99 cents, mines was 4 bucks

Last year, when niggas thought it was all up

But this year I've done it again, jigga, what the fuck?

I still throw t′ree in your body, fleeing the party

Y′all can't go with me, nope, flow with me

Bet 50, not dollars either I brought some dough with me

And blow holes in your weak niggas theories

It′s funny how one can fuck up the game

You bought a 4.0 you better get your change

Ain't no platinum in those Cartier′s, switch your frame

Ain't no manicures on board, then switch your plane 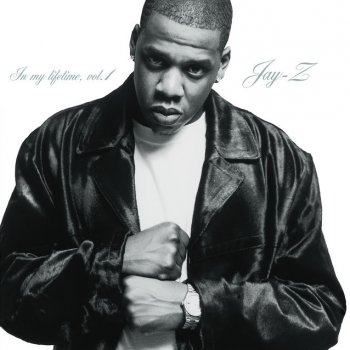 We stuck in La La Land