"My life has got to be like this, it′s got to keep going up."

"I had my own little business on the side, a sort of sideline... a rather confidential sort of thing... but you might make a nice bit of money."

Benjamin Franklins filled, fold it just for the thrill

Go numb until I can't feel, or might pop this pill

Dollars fall on the skin, some might call it sin

Politicians all move for money, what the hell are we calling ′em?

Y′all niggas all hypocrites, y'all know what this shit is all about

"Her voice is full of money."

"He′s a crook, George. He throws those parties the papers are always talking about."

"I didn't want you to think I was just some nobody."

"We were born different. It's in our blood."

Through Easton, oh, you beasting

The honeymoon′s over with the streets shit

Least see my kids on the weekend

No ordinary Joe, you′ll remember me

No prohibition for my coalition

You're all welcome, new Malcolm, of the talcum

"By any means," AK lookin′ out the window screen

Who wanna become my 100th problem?

Einstein, my mind, this MC move white squares with my relatives

That cheese made us constipated couldn't tell us shit

Took that Taylor Swift to a hundred fucking million, bitch

I need a hunnid bricks on them hunnid blocks

I got a hunnid drops, took a hunnid cops, uh

I need a hunnid bricks on them hunnid blocks

Need a hunnid, got a hunnid

Got a hunnid, hunnid, uh 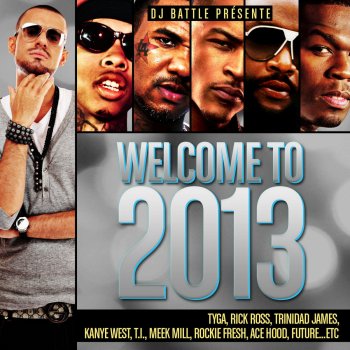 There's nothing you can't do, now you're in New York