I'm from the streets where the

Hood could swallow a man, bullets'll follow a man

There's so much coke that you could run the slalom

And cops comb the shit top to bottom

They say that we are prone to violence, but it's home sweet home

The coke prices up and down like it's Wall Street homes

All over that brown Brougham, one slip you are now gone

Welcome to hell where you are welcome to sell

But when them shells come you better return 'em

All scars we earn 'em, all cars we learn 'em like the back of our hand

We watch for cops hopping out the back of van

Wear a G on my chest, I don't need Dapper Dan

This ain't a sewn outfit homes, homes is about it

Was clapping them flamers before I became famous

For playing me y'all shall forever remain nameless

Sure I do, I tell you the difference between me and them

They trying to get they ones, I'm tryin' to get them M's

You are now looking at the forty million boy

That's where you're wrong

I came into this motherfucker a hundred grand strong

Nine to be exact, from grinding G-packs

Put this shit in motion ain't no rewinding me back

Heh, not in this lifetime, wasn't in my right mind

That's another difference that's between me and them

Heh, I'm smarten up, open the market up

Now add that number up with the one I said before

You are now looking at one smart black boy

Put me anywhere on God's green earth, I'll triple my worth

Put somethin' on it!

I sell ice in the winter, I sell fire in hell

I am a hustler baby, I'll sell water to a well

I was born to get cake, move on and switch states

Cop the Coupe with the roof gone and switch plates

Dickface, get your shit straight, fucker this is Big Jay 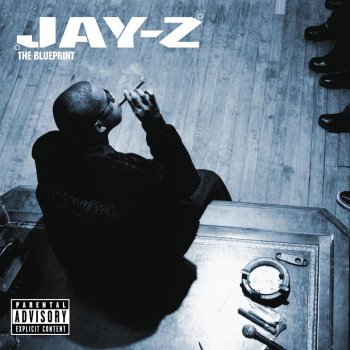