Walking on the road to Jerusalem

The time had come to sacrifice again

My two small sons, they walked beside me on the road

The reason that they came was to watch the lamb

"Daddy, Daddy, what will we see there?

There's so much that we don't understand"

So I told them of Moses and father Abraham

And I said, "Dear children, watch the lamb"

"There will be so many in Jerusalem today

We must be sure the lamb doesn't run away?.

And I told them of Moses and father Abraham

And I said, "Dear children, watch the lamb"

When we reached the city, I knew something must be wrong

Then I heard the crowd cry out, "Crucify Him!"

Forced to play in this drama, a part I did not wish to play

Why upon this day were men condemned to die?

Why were we standing there where soon they would pass by?

I looked and said, "Even now they come".

The first one cried for mercy, the people gave him none

The second one was violent and he was arrogant and loud

I still can hear his angry voice screaming at the crowd.

Then someone said, "There's Jesus!", I scarce believed my eyes

A man so badly beaten, He barely looked alive

Blood poured down His body, from the thorns upon His brow

Running down the Cross and falling to the ground

The cross came down upon His back, the crowd began to yell.

Then a Roman soldier grabbed my arm and screamed

At first I tried to resist him, but his hand reached for his sword

And so I knelt and took the Cross from the Lord

I placed it on my shoulder and started down the street

The blood that he'd been shedding was running down my cheek

They led us to Golgotha, they drove nails deep in His feet and hands

Yet upon the Cross I heard Him pray, "Father, forgive them"

Oh never have I seen such love in any other eyes

"Into Thy hands I commit my spirit", He prayed and then He died

I stood for what seemed like years, I'd lost all sense of time

Until I felt two tiny hands holding tight to mine

The children stood there weeping, I heard the oldest say

"Father please forgive us, the lamb ran away"

"Daddy, daddy, what have we seen here?

There's so much that we don't understand."

Then I said, "Dear children watch the lamb" 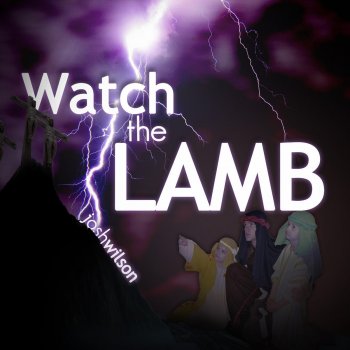 Could it be that up in heaven,

da The Value of One: leggi il testo