Just who do you think you are?

Rub it up suck it dry dirty

Get your hands in make it clean

Rising up lean and mean

Live the life we know

Make the rules up as we go

This is radio KMFDM with breaking news:

KMFDM are in kontrol of all communications media worldwide

All systems have been ripped

The internet has been shut down

All radio and television broadcasting has ceased

The military-industrial complex has surrendered to KMFDM rebel forces

Natural selection put to the test

Birds bees honey in the hive

Law of nature call of the wild

In for the kill

Wolves to the feast

Made for action built for speed

What you see is what you get

Walk through the world with a bullet-proof vest

Käpt'n K. is presiding over an emergency session of the U.N. Security Council in order to instate local interim governments before free and fair elections will be held.

A humane future for the world's population has begun today. 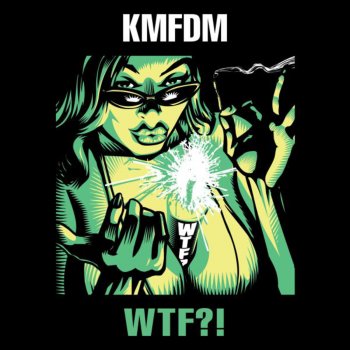 Welcome to the afterlife