Now, my flow is in the pocket like Wallace

I can't call it, I got the swerve like alcoholics

My freshman year I was goin' through hella problems

My teacher said I'se a loser, I told her, "Why don't you kill me?

I give a fuck if you fail me, I'm gonna follow

You ain't gotta guess who's back, you see?

I'm so shy that you thought it was bashful

But this bastard's flow will bash a skull

And I will cut your girl like Pastor Tro

And I don't usually smoke but pass the dro

And I won't give you that money that you askin' fo'

Why you think me and dame cool? We assholes

That's why we here your music in fast fo'

'Cuz we don't wanna here that weak shit no mo'

Now who the hell is this?

You know how girls on Black Planet be

At NYU but she hailed from Kansas

Sent me a picture with her feelin' on Candice

Who said her favorite rapper was the late great Francis

Your screen saver say tweet so you got to call me

And bring a friend for my friend his name Kweli

You mean Talib, lyric sticks to your rib

I mean you don't really know him, why is you lyin'?

Yo Kwe, she don't believe me, please pickup the line

She gon' think that I'm lyin', just spit a couple of lines

Well okay you twisted my arm, I'll assist with the charm, aiyo

Ain't you meet that chick at that conference with yo moms?

And she's the bomb, boy, she got the bougey behavior

Always got somethin' to say like a okayplaya hater

Anyway, I don't usually fuck with the interneter

Chicks with birth control stuck to they arm like Nicolette

You really fuckin' that much, you tryin' to get off cigarettes

If she think it's fly, she ain't met a real nigga yet

I apologize if I come off a little inconsiderate

I got the bubble cushion, a sister could get a hit of it

Y'all assumed I was doomed out of tune

But I still feel the notes the real nigga quotes

Real rappers is hard to find like a remote control, rap is not a

Used soup it still got life, that's why I abuse you who are not thugs

In the hood to have my own reality show

Called Soul Survivor, I stole all liver, niggaz in you

You'se a bitch, I got ones that are thicker than you

How could I ever let your words affect me?

They say Hip-Hop is dead, I'm here to resurrect me

Mosh is too sexy to even make songs like these

That's why the raw don't know your name, like Alicia Keys

To many featured emcees and producers is popular

Twelve thousand spins, nobody got to coppin' her

Album, how come, you the hot garbager

The years clear your image and snooped up

Label got you souped up, tellin' you, you sick

Man you a dick with a loose nut

Even your club record need a booster

Chimped up, with a pimp cup, illiterate nigga

Read the infa, red across your head I'm bread king like Simba

Bolder than Denver I ain't a mad rapper

Just a emcee with a temper

You dancin' for money like honey, I did this my way

So when the industry crash, I survived like Kanye

Got yo hands up, get them motherfuckers higher then 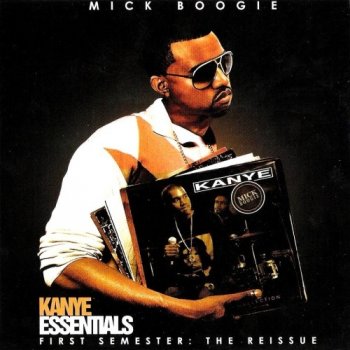 When shit gets worse we converse