His realm is a new horizon of cuts

They expand from his hand as he conducts

Aim a lot of cool projects not photography

The lyrical virtuoso makes his return

All adversaries should be concerned

LL Cool J is back again

He circumcises DJ's when he's on the airwaves

Til the mission's complete, you're a musical slave

English revision he endure any collision

Like a surgeon with a scalpel, he'll make an incision

As for me I'll annihilate, eggs, I'll excommunicate

You from rappin' and my lyrics are the best

Slow down the rap but not the subject matter

All you sucker DJ's will scatter

Cut-Creator will employ techniques that will absorb toy boy

The real helper of cuts, Cut-Creator is his name

The boy's so nice, my focus was strained

You could re-arrange but you don't have the brains

To arrange scratch-padders for the audio change

Not trippin', I'm a tree of fundamental geometry

I need a beat

Yeah I made it, don't look astonished

I had to remind you of what I accomplished

My scenario, four-door stereo, up-beatin' beat, zero is the ratio

Rappers who don't evade instead we invade

And all competitors will be slayed

Total harmony between the cuts and the rhyme

So why listen the greats by the deaf of the bass

Takin' out every sucker, DJ in the place

A performance underrated is not narrated

Demolishin' DJ's in under a second

I quote an old phrase from my last record

The beat elevates, the scratch excels

Except I came here to raise some hell

He could squeeze a dry sponge and make Kool-Aid

I'll keep it steady, the record turns many

Instead of a needle, he uses a machete

He's an innovator, greater, Cut-Creator is on the crossfader

Sometimes I gotta check what I invest

On Farmer's Boulevard is where I rest

The mouth projects and I'll inject into your ears

A new concept cuts soon in silence to be unveiled

To the Cool J phenomena, all must hail 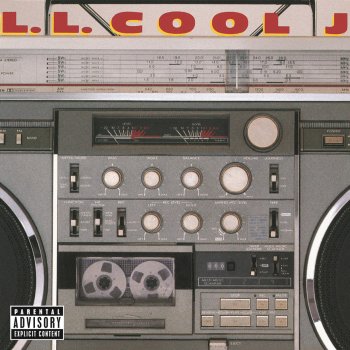