I gotta globe in the world in the mail today

Kid told me yo, the world is yours kid, put it in ya pocket

Brother feel energized, I wanna dedicate this one to the game

That put me on the map

I know you love it, the game is so irresistible to touch

Like the Ol' Sugar hill Gang, King Tim and Fatback

There's no question the suggestion was made

The foundation was laid when the Furious played

Grandmaster Flash slayed the competition that was wishin'

They could serve the technician with the number one position

An' I was all up in my headzone, melody and all

Cosign and the movement sayin' "Yes, yes y'all"

It's just the love affair that never ended

I recommended that I take microphones and blow 'em up

A song is dedicated to the music I admire

Kane's era was terror, he warmed it up

Parrish and Erick cat lyrics that'll make ya turn it up

And I was in the cut, chillin' in my drop-top Benz

With friends, loungin' with my mens, laughin' 'bout all the ends

Dapper Dan, Dookie wrotes I'm about to show what time it is

At the rooftop, I was with Doug E.Fresh and Slick Rick

'La Di Da Di, Who likes to party?' was the fat shit

I mean I saw this hip hop thing on every level

Chuck D, PE, yes the rhythm and the rebel

I can reminisce the black fist, Uzi, Terminators

It's all about the game that we play everyday

Eric B and Rakim flow to such a diff'rent way

Let's celebrate our music people before it's too late

Survival of the fittest Mobb Deep, and Lost Boyz

Lickin' shots got the game hot

They even flipped on 2PAC

I wanna tell the world they just don't understand

Keith Murray to the Redman, down south Da Brat

My people are you with me where you at? Ya peep that?

I'm on a mission to rejuvenate the funk

Latifah, Heavy D, you should reminisce of me

A fleet of battleships floatin' in diff'rent categories

My love affair with hip-hop'll never fade away

Yeah, ain't no doubt about it kid, know I'm sayin'

Hip hop's the game, helped a lot of brothers escape

Take it to another level, know I'm sayin'

It's our music, we own this music, know what I'm sayin'

First of all, I wanna thank my man Baby Chris, y'nah mean?

Helped me put this Mr. Smith Mr.Smith album together

We definitely turning this joint out, y'nah mean 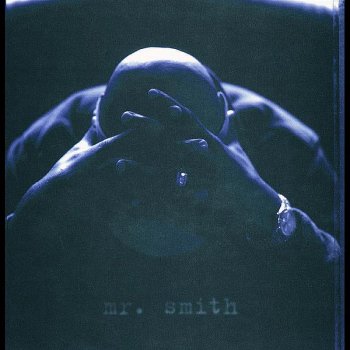