For Mayor in Splitsville testo

Traduzione For Mayor in Splitsville

Funny what you think of after a collapse

And if you could have, you probably would've said you'd check

We played house with the neighbors in their basement

Sister made me husband, she was older so I did her bidding

I remember once their dad came in said, "You think this is bad?

You don't know the half." And he laughed

It's funny what things come back

The first things you see

There was something else inside of his eyes

All those secrets people tell to little children

Are warnings that they give them

Like, "Look, I'm unhappy. Please don't make the same mistake as me."

Why are those old worn out jokes on married life told at toasts at receptions still?

How does it never occur how often couples get burned and end uncertain in Splitsville?

Funny what you think of in the wreckage, lying there in the dirt and the dust and the glass

How you're suddenly somewhere, in the desert, in the nighttime, and it's getting close to Christmas

"Welcome to the Land of Enchantment" from a highway sign

And it's late so you take the next exit

I guess in retrospect I should've sensed decay

Then that day, how you said, "I just don't know" and I promised

We'd rearrange things to fix the mess I'd made here

Why even risk it? It's safer to stay distant

When it's so hard now to just be content

Because there's always something else

Maybe I'm miserable, I'd rather run for mayor in Splitsville than suffer your jokes again

Testo For Mayor in Splitsville powered by Musixmatch

Traduzione For Mayor in Splitsville

For Mayor in Splitsville è tratto dall'Album Rooms of the House 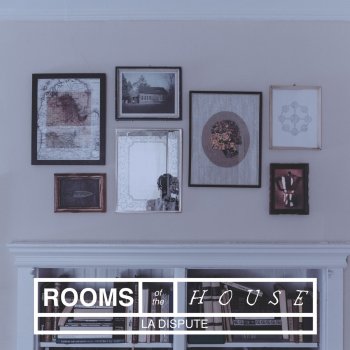 Somewhere i have never travelled, gladly beyond